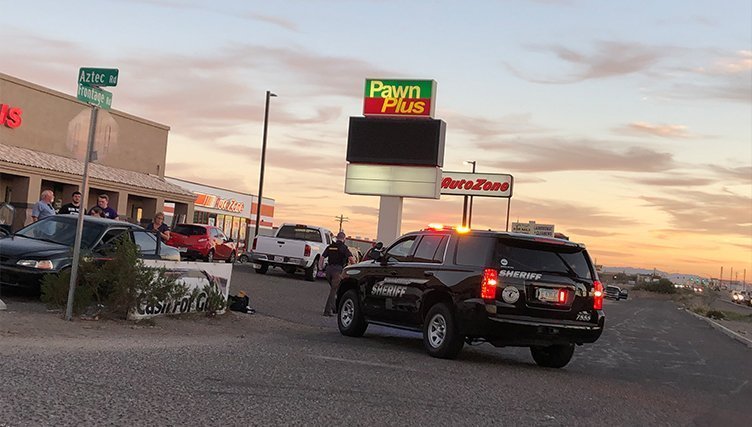 Williams is alleged to have attempted to pawn a pair of golf clubs at a pawn shop in the 4700 block of Highway 95 last Thursday. When Williams was denied, he left the store and was confronted at gunpoint by an unidentified male.

Mohave County Sheriff’s spokeswoman Anita Mortensen said deputies were dispatched to the business after a caller told dispatch there was a dispute in the parking lot over a vehicle and a male had pulled a handgun on another subject.

When deputies arrived, they noticed around seven people on property and one person with a weapon.

Mortensen said deputies were able to secure the weapon and investigations revealed the man with the weapon had recognized the vehicle in the parking lot to be a stolen vehicle out of Bullhead City. When Williams had exited the pawn shop and attempted to get in the vehicle, the man drew the weapon to stop him from leaving the scene with the stolen vehicle.

Deputies reportedly discovered the golf clubs in the trunk of the stolen vehicle.

Williams was placed into custody and taken to the Mohave County jail in Kingman. He also had an outstanding warrant. Williams is currently being held on a $5,000 bond.