Endangerment, Threatening and Intimidating Domestic Violence – Kingman
Mohave County Sheriff’s deputies responded to a report of a disturbance in the 3800 block of Butler Ave,
Kingman at approximate 5 pm on Saturday, November 2, 2019. Upon their arrival they were advised that
Jason Krueger, 47, Kingman, had been allowed to move back into the residence due to his state of
homelessness. There was a verbal altercation that took place between KRUEGER and his estranged wife it
escalated to KRUEGER pouring gas on the residence and threatening to burn it down and killing his
estranged wife. KRUEGER was contacted later at the residence where he was taken into custody and
transported to the Adult Detention Facility and booked on the charges of Endangerment and threatening and
intimidating per domestic violence (F). 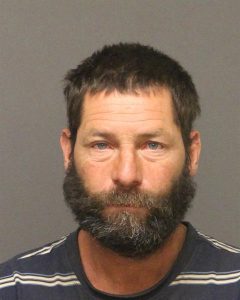 Possession of Dangerous Drugs, Paraphernalia, Warrant Arrest – Lake Havasu City
Mohave County Sheriff’s deputies arrested JUSTIN REAUME, 27, Kingman, on Saturday, November 2,
2019. While on routine patrol Mohave County Sheriff’s deputies conducted a traffic stop after avoiding a
head-on collision as the vehicle driven by REAUME crossed the center line into oncoming traffic. A traffic
stop was conducted wherein it was found that REAUME was distracted attempting to retrieve sunglasses
that had fallen onto the floorboard of his vehicle. During the stop a strong odor of marijuana was coming
from the vehicle. During a check on the driver, REAUME it was found that there was an active warrant for
his arrest. REAUME was placed under arrest and a search was conducted where additional narcotics were
located on REAUME. REAUME was arrested on the warrant (M) with additional charges of possession of
narcotic drugs, possession of dangerous drugs, possession of marijuana and possession of drug
paraphernalia all felony charges. REAUME was transported to the Mohave County Adult Detention Facility
and booked on the aforementioned charges. 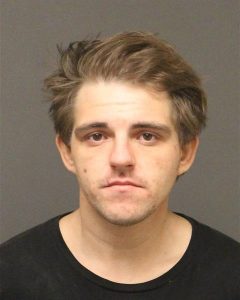 Warrant Arrest/ Possession of Marijuana – Kingman
Mohave County Sheriff’s deputies arrested KORI PIATT, 30, Albuquerque, NM on Friday, November 1, 2019
at approximately 11 pm. While on routine patrol on I40 approximately mile marker 44 a traffic stop was
conducted. During the routine check on the driver a warrant for his arrest was located. PIATT was placed
under arrest for the warrant. Upon precursory search of the vehicle due to the arrest a jar containing
marijuana was located as well. PIATT was transported to the Mohave County Adult Detention facility where
he was booked on the warrant (F) as well as possession of marijuana and drug paraphernalia (F). 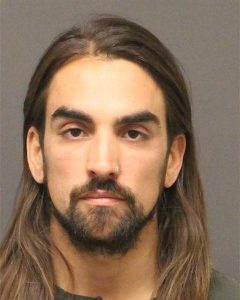 Warrant Arrest/Possession of Dangerous Drugs
Mohave County deputies responded to the 700 block of Hoover, Golden Valley to reports of screaming and
gun shots. Upon arrival the deputies observed numerous dwellings on the property. During the
investigation deputies were advised that the screaming was due to dogs fighting and the owners were
attempting to separate them. Deputies made contact with JILL SILVA, 34, Golden Valley, who showed an
active warrant when a records check was conducted. While conducting a search incident to the warrant
arrest a small package with a substance which tested positive as heroine. SILVA was placed under arrest
and transported to the Mohave County Adult Detention Facility where she was booked on the warrant (M)
and possession of narcotic drug (F). 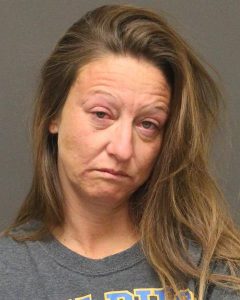