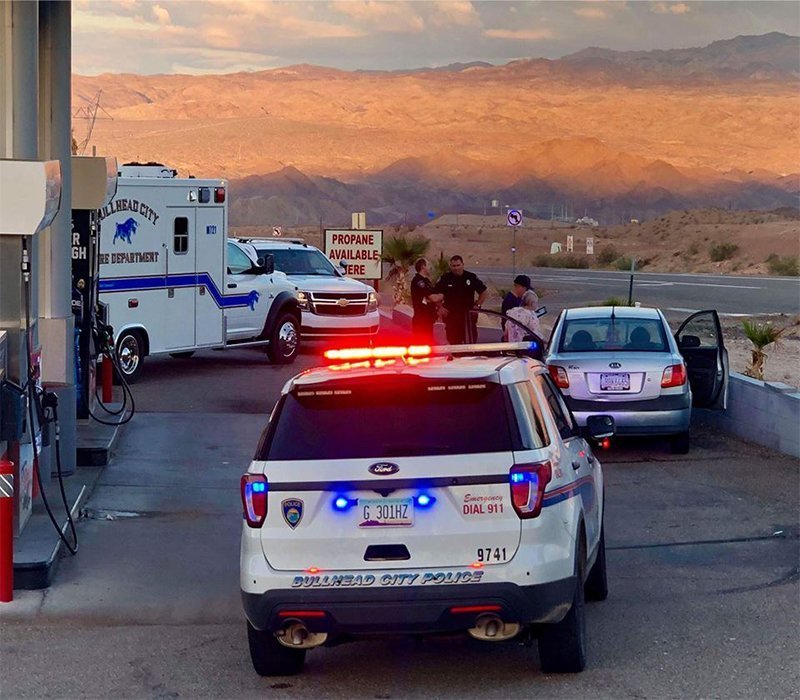 Bullhead City Police spokeswoman Emily Fromelt said an elderly female driver rear ended a vehicle, causing damage. The occupants in the vehicle were evaluated and no one was transported.

However, the driver, whose identity was not released, had reportedly failed to stop at the crash scene.

Fromelt said she was ultimately stopped at Gas and Grub on Highway 68.

She was cited and released on suspicion of failure to control speed to avoid a collision and leaving the scene of an accident.

Fromelt said the police department will be submitting her driver’s license to the Motor Vehicle Division to be re-evaluated /re-examined for her ability to drive.