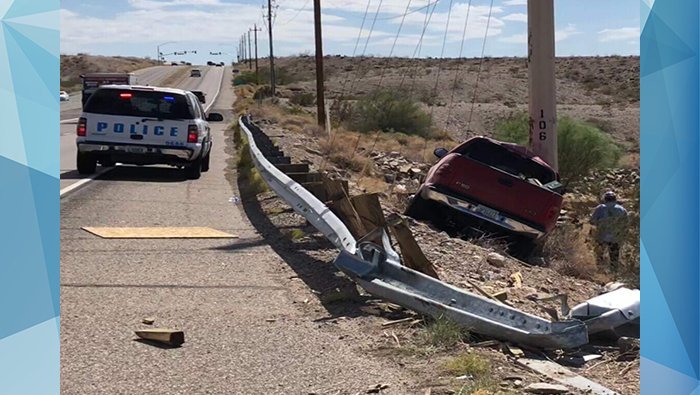 Bullhead City Police Officer Dale Osbourne said the driver of the red Ford F-150 reportedly had taken his eyes off the road to reach for a can of dip. The vehicle ran off the road and careened through a guardrail before coming to rest alongside a power pole.

The driver reportedly sustained a minor head laceration and was taken to Western Arizona Regional Medical Center for precaution.

Mohave Electric Cooperative was dispatched to the scene to investigate any damage to the power pole.