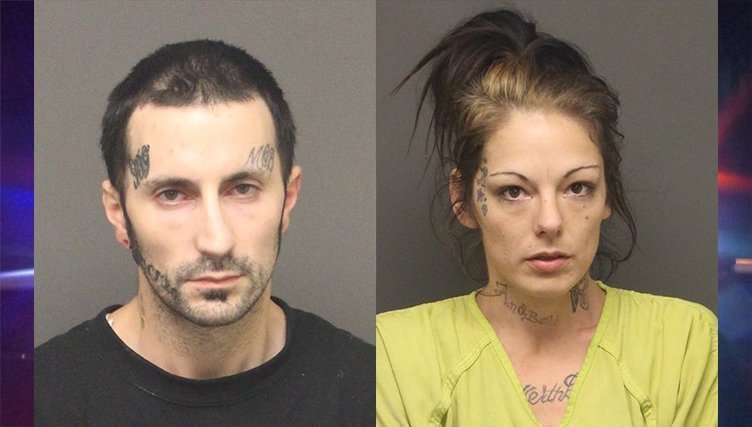 FORT MOHAVE–A local man was unharmed after he was allegedly held at gunpoint in the getaway vehicle following a shoplifting incident at Walmart late Sunday afternoon.

Holly Nicole Dillon, 30, is facing charges of drug paraphernalia possession and shoplifting; while David Michael Kronenfeld, 28, face charges of aggravated assault with a deadly weapon, disorderly conduct with a weapon, endangerment and shoplifting.

Mohave County Sheriff’s spokeswoman Anita Mortensen said deputies had received a report of a shoplifting in progress around 1 p.m. on Dec. 23. Loss prevention reported a female inside the store placing unpaid merchandise in a tote.

Dillion allegedly met up with two men in the store, who exited the store and got into a white passenger vehicle. They drove around the parking lot and parked near one of the exits for Dillon, who pushed the cart with the tote pass all points of sale and fled to the car.

Mortensen said deputies arrived on scene and approached the vehicle with their weapons drawn after a male passenger, later identified as Kronenfeld, began reaching for something under his seat.

The suspects ignored deputies commands and fled in the vehicle with speeds reaching in excess of nearly 90 miles an hour as the vehicle traveled along Mountain View Road.

Mortensen said deputies called off the pursuit due to safety concerns. However, the vehicle was seen driving on the dirt roads near Mountain View Road and Camp Mohave Road where it got stuck.

Dillon and Kronenfeld fled from the vehicle on foot into the desert area. They were apprehended and taken into custody.

The driver, whose identity has not been released, stayed with the vehicle. He told deputies that he was not aware of the shoplifting and when they were in the vehicle, Kronenfeld pulled a weapon on the him and was to drive.