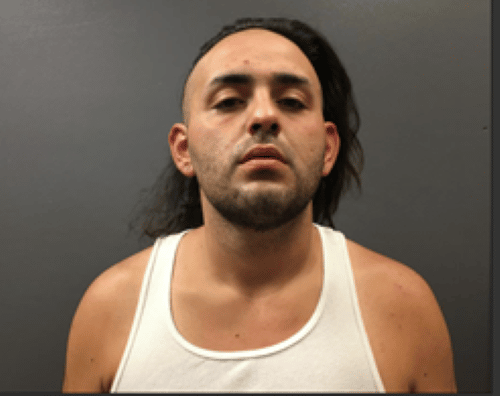 BULLHEAD CITY, Ariz.  – August 4, 2022 –Mohave Area General Narcotic Enforcement Team (MAGNET) detectives found a large amount of drugs inside a man’s car when he was contacted for falling asleep behind the wheel.

On Wednesday August 3 at about 8 a.m., police were called to the intersection of Palo Verde Drive and Langford Drive for a suspected DUI driver who was passed out in his car. Officers contacted 26-year-old Andy Osorio of Bullhead City who was ultimately found to be an impaired driver.

MAGNET detectives, with assistance from GIITEM (State Gang Task Force) and Bullhead City Police, searched Osorio’s vehicle, which resulted in the seizure of a significant amount of drugs. Over one pound (approximately 467 grams) of methamphetamine, about 3,000 blue pills laced with Fentanyl, approximately 10 grams of cocaine, a loaded 9mm pistol, about $3,000 in cash, and numerous drug paraphernalia items consistent with drug sales, including digital scales were located. The total street value of the drugs is estimated to be over $60,000.