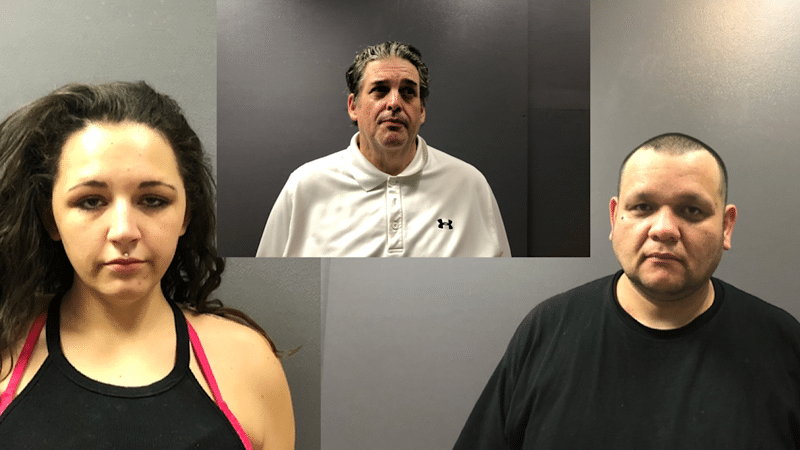 BULLHEAD CITY, Ariz.  – July 16, 2021 – A search warrant led to the arrest of two males and one female and the seizure of a large amount of drugs. On July 14, 2021 at about 3:45 pm, officers responded to the 1600 block of Alta Vista Road for a narcotics complaint.  Upon arrival, MAGNET detectives found drug paraphernalia and secured the residence for a search warrant.  A search warrant was obtained and during the search, MAGNET detectives seized 189 counterfeit Percocet pills which were Fentanyl, half an ounce of methamphetamine, eight prescription strength hydrocodone pills, 1 gram of heroin, and several handguns and long guns.