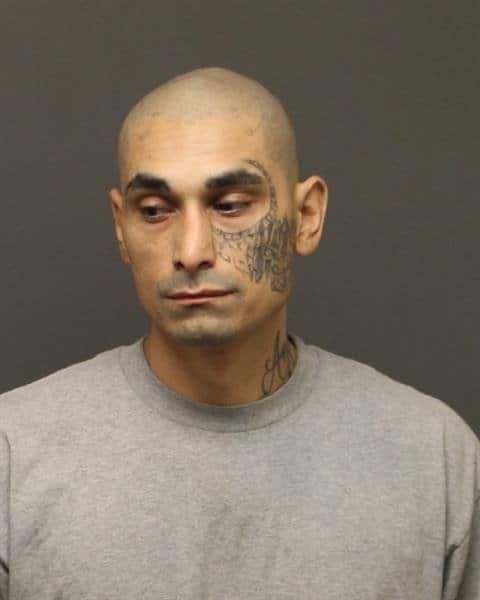 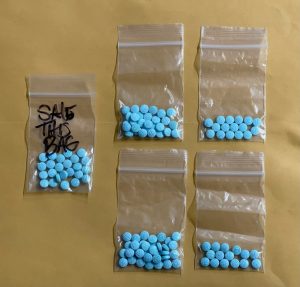 Mohave County Sheriff’s Office Deputies arrested Nathan James Rubalcava, 32 of Mohave Valley, and Gabrielle Christine Arizaga, 30 of Bullhead City.
On Friday (5/6) at 10:18 PM, Deputies were on patrol in the area of 10000 Harbor Ave. in Mohave Valley and made contact with a male and female walking in the area. A records check of both subjects revealed the female, identified as Arizaga, had an active arrest warrant.
A records check of the male subject, identified as Rubalcava, indicated he was a known gang member. For officer safety, deputies conducted a pat search of Rubalcava which revealed multiple baggies containing blue pills. Rubalcava was detained and backup officers were requested to respond. When asked about the pills, Rubalcava admitted they were fentanyl.
As Arizaga was being detained, she advised deputies she had a usable amount of fentanyl on her person. A search of her backpack revealed items of drug paraphernalia. A total of 118 fentanyl pills were discovered during the contact.
Nathan James Rubalcava was charged with Narcotic Drug Possession for Sale and Drug Paraphernalia Possession, both felonies. Gabrielle Christine Arizaga was arrested for Narcotic Drug Possession, Drug Paraphernalia Possession, both felonies, and an active arrest warrant. Both were transported to the Mohave County Adult Detention Facility in Kingman without incident. 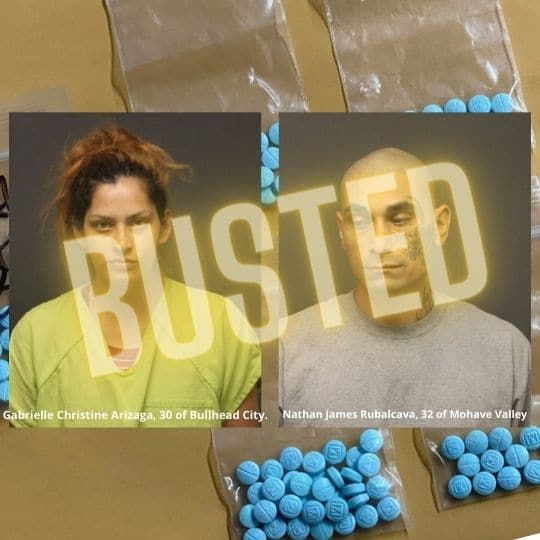