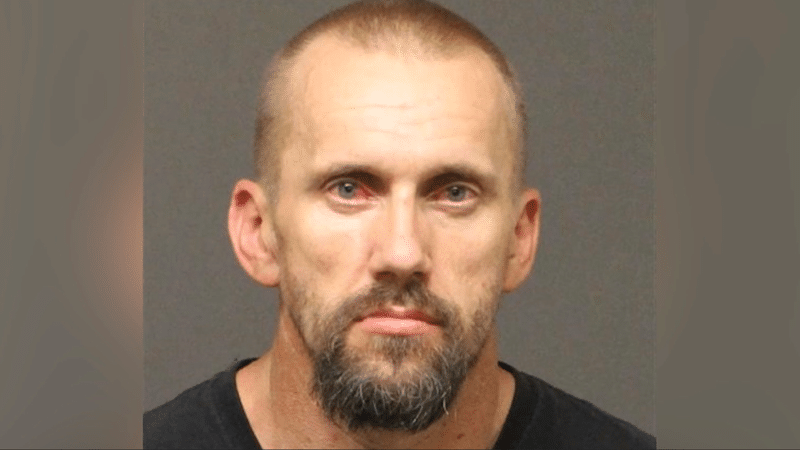 Mohave County Sheriff’s Office Deputies arrested Glenn Donald Simpson Jr., 37 of Kingman, for Dangerous Drug Possession, Drug Paraphernalia Possession, Possession of a Weapon by Prohibited Person, Possession of Burglary Tools, all felonies, and three active arrest warrants. On Tuesday (8/17) deputies were on patrol in the area of Melody St. and Northfield Ave. and observed a grey sedan drive past them.

Deputies observed Simpson driving the vehicle, knowing him from previous interactions and knew him to have active warrants. A traffic stop was conducted and a records check revealed the license plate belonged to a different vehicle. Simpson was detained and placed into the deputy’s patrol vehicle. A records check on the VIN number revealed expired registration since 2019. A search of the vehicle revealed 2 handguns, 1
shotgun, a lock pick set, 2 grams of methamphetamine, and items of drug paraphernalia.

Simpson is listed as a prohibited weapons possessor. Glenn Donald Simpson Jr. was arrested and transported to the Mohave County Adult Detention Facility in Kingman without incident.