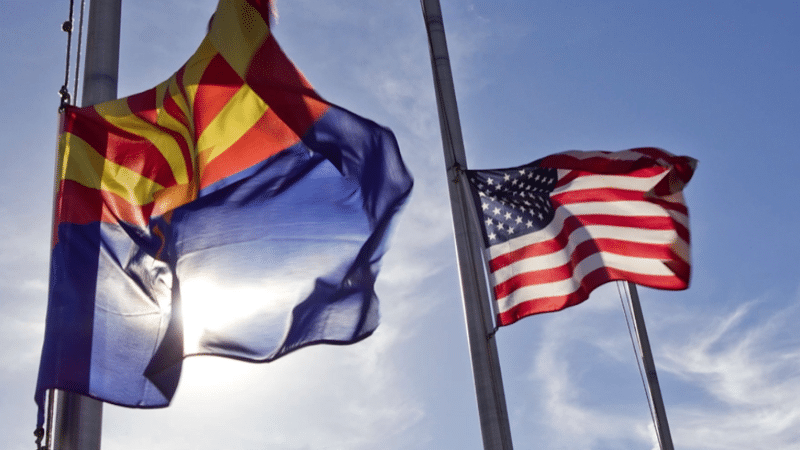 Arizona has ordered flags at all state buildings be lowered to half-staff from sunrise to sunset tomorrow, September 22, in honor of Representative Frank Pratt, a long-time public servant who passed away today.

“Representative Frank Pratt was a champion of rural Arizona,” said Governor Ducey. “He was a staunch supporter of economic development, an advocate for workforce training programs and someone who believed in the necessity of developing sound water policy. In both chambers of the Arizona Legislature, he was unwaveringly dedicated to serving the people of Arizona and expanding opportunities.

“He did it all — public servant, business owner, rancher, farmer and family man. He was one of the good guys, and we’re lucky he called Arizona home. Representative Pratt was asked once why he went into politics. His answer was simple and straightforward: he said he was ‘just trying to make Arizona a better place.’

“My deepest condolences are with Representative Pratt’s wife Janice, his family, his colleagues at the legislature, his fellow community members in Pinal and Gila Counties, and everyone who has been touched by his everlasting legacy. In memory of Representative Pratt, and in honor of his years of service to our state, I’ve ordered flags be lowered to half-staff.”