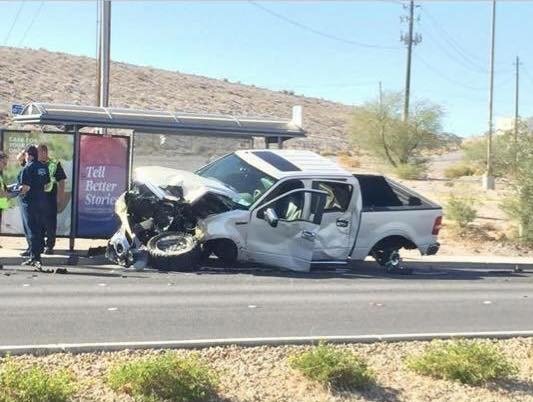 Las Vegas Metropolitan Police Lt. Jeffery Hewes told The Bee the collision resulted in a power outage at Harrah’s Casino after the driver struck a transformer.

The driver has since been arrested on suspicion of driving under the influence, said Hewes.

Nevada Power fully restored power to all those affected by 7:30 p.m. Sunday night.

No further details or the identity of the driver has been released at this time.

← Prev: BLM to gather wild burros in the Bullhead City area Next: Two Die From Drowning In Separate Incidents →