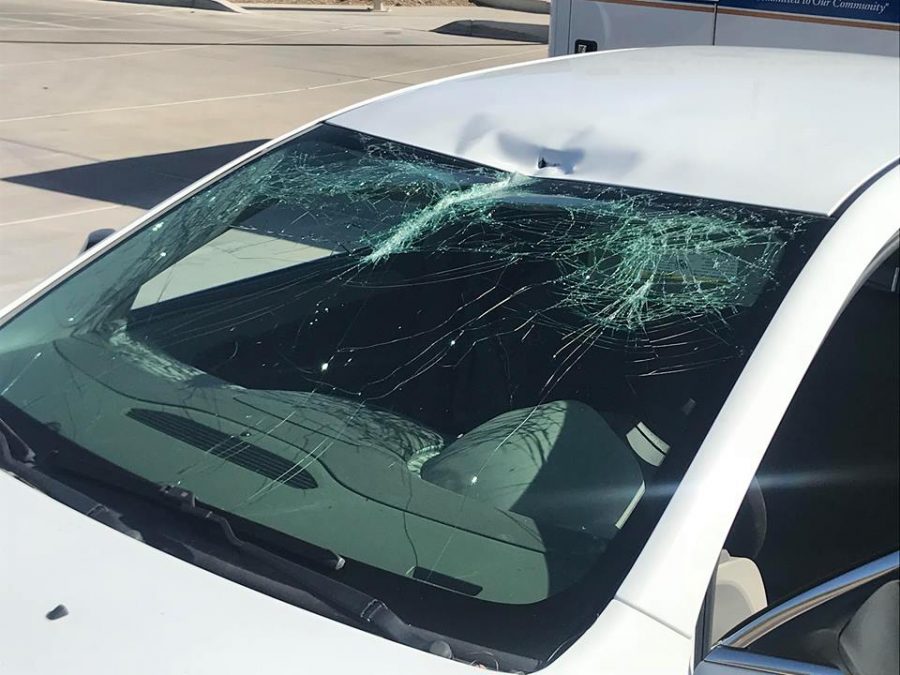 BULLHEAD CITY–A Bullhead City woman is facing a driving under the influence charge after she allegedly struck a wrong-way sign and another vehicle in two separate collisions.

Seanna Leigh Isaacson, 33, was reportedly behind the wheel of her vehicle Sunday afternoon when she allegedly struck the back end of another vehicle while stopped at a red light at the intersection of Adobe Road and the Parkway.

Bullhead City Police spokeswoman Carina Spotts said officers responded to the accident call shortly before 5 p.m. The vehicle allegedly driven by Isaacson had reportedly struck the back end of another vehicle at the light.

However, damage to Isaacson’s car did not match up with the type of accident the officers were investigating, said Spotts.

Isaacson reportedly admitted to hitting a pole prior to the second accident. Officers found a “wrong way” sign down south of Camino Real Boulevard on the Parkway.

She was taken to the police department and charged with a DUI to the slightest degree pending a blood test. She was cited and released at the station.