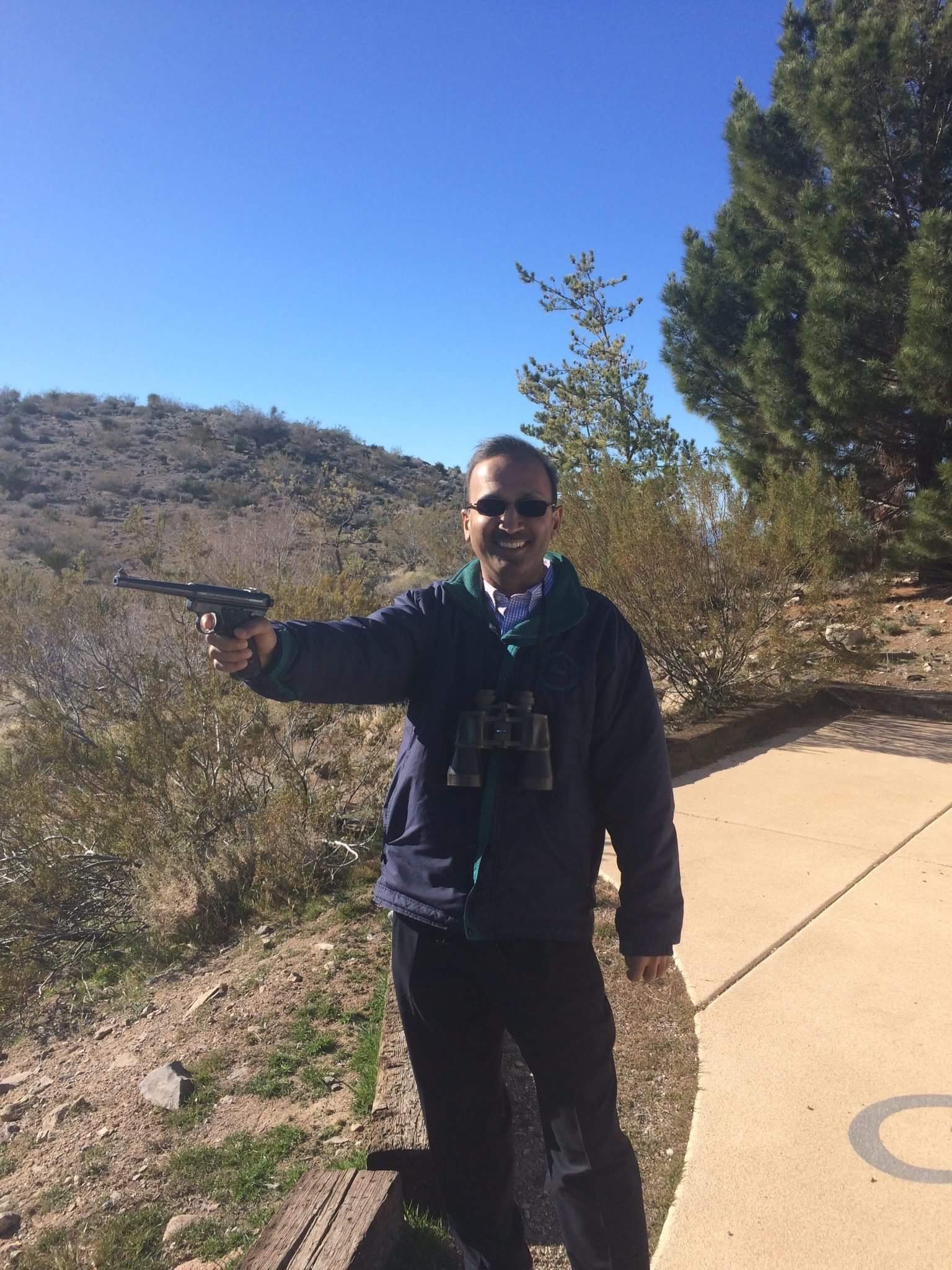 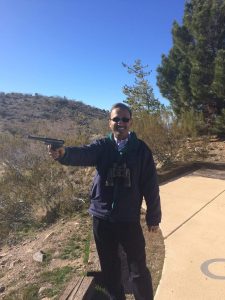 The photo, and a video, shows Agrawal holding and discharging a weapon while on the city owned ranch.

A source told The Bee, Agrawal, along with former Public Works Operations Manager Don Carley, City Manager Toby Cotter and another City employee visited the ranch on Tuesday, Jan. 26, 2016 around 10 a.m. for some shooting practice. The weapon reportedly belonged to Carley, who is alleged to have carried a weapon on him while at work at all times.

Human Resources Supervisor Brenda Richardson can be heard on another audio—obtained by The Bee—discussing the 2016 incident.

“We do have it (the ranch) but it’s out in the wilderness. Don (Carley) drove up in his own personal vehicle and stuff, but still, he probably shouldn’t have done it,” Richardson is heard saying. “And, yes, Toby was there.” she added.

The Bee reached out to Cotter on February 28th for a comment and sent an email asking if he had any recollection of an incident involving a weapons offense at the city-owned ranch.

Cotter replied, “I’m aware of numerous weapon violations at various city properties. I’m taking steps to ensure that all employees fully understand policies regarding firearms. We live in Arizona -a state where people love to show off and shoot their guns. Carrying or showing off firearms at city-owned facilities by employees is not allowed. Employees who violated firearm policies have been or will be disciplined or counseled.”

A second email was sent that day asking if he or Agrawal ever participated in such acts?

Cotter replied, “I have never violated a weapons policy or any other policy. To suggest that I violated a policy is slanderous, vicious and also libelous. I will take legal action against you (News Editor Cat Smith), the Bee or anyone else who says or even insinuates that I have violated a policy.”

“He (Cotter), Pawan (Agrawal) and Carley (Don) were all up there and messing around,” said the source. “He (Cotter) can be heard on the video in the background talking to Carley.”

City policy handbook states no employee should possess a deadly weapon on municipal property or at a city-sponsored event. Municipal property is defined as any structure, facility or land owned/leased by the City of Bullhead City.

This follows the recent turmoil within the city and firing of Agrawal last week. Cotter notified employees in an email last week that he had executed the termination clause in Agrawal’s contract. No further explanation was publicly released.