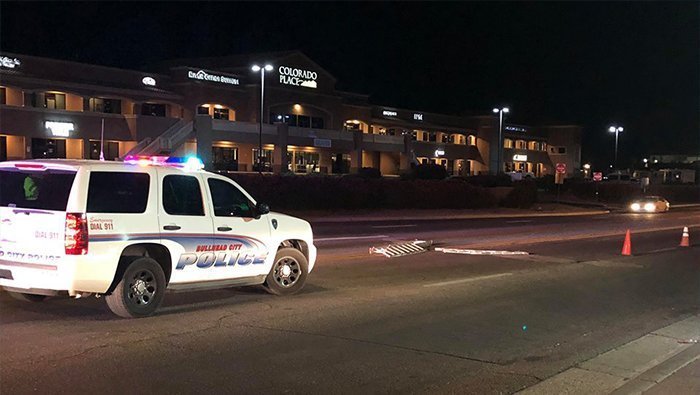 BULLHEAD CITY–A motorcyclist escaped with minor injuries Wednesday night after he struck three ladders that had fallen into his path on Highway 95 near Riverview Drive.

Bullhead City Police spokeswoman Emily Fromelt said Dillion lost control of the motorcycle and was ejected. The motorcycle continued and jumped the curb where it hit a red Ford Mustang in the parking lot of Anderson Ford. Dillion was reportedly not wearing a helmet at the time of his crash.

Dillion was taken to Western Arizona Regional Medical Center with non-life threatening injuries. He was expected to be released, said Fromelt.

The driver of the Chevy Silverado, Alberto Lomeli, 34, of Bullhead City was cited and released on charges of having an unsecured load.