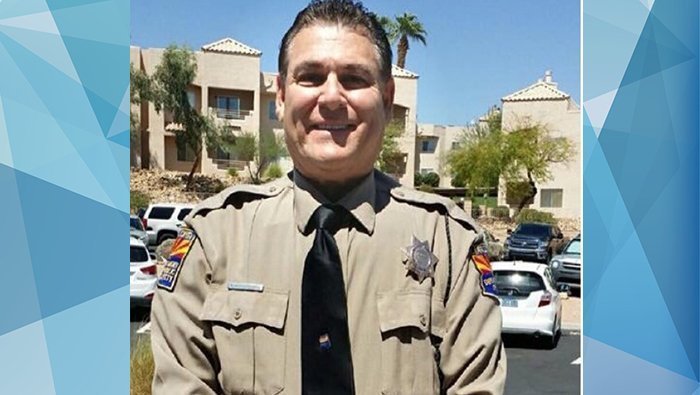 FORT MOHAVE — The family of a retired Arizona DPS Trooper is raising funds to help get their father treatment at a Denver hospital following a spinal injury last month.

Brandon Contreras, son of Michael Contreras, said his father suffered a severe spinal injury after falling at his house two weeks ago.

“He recently retired in April from DPS after serving 35 years as a trooper in our area and than this happens,” said Brandon Contreras. “He slipped and fell at his house, which caused a separation of his vertebrae. They took him to Spring Valley Hospital in Las Vegas (Nevada).”

Michael Contreras is currently in an induced coma due to internal bleeding and pain complications. He has also undergone several surgeries to his spine area.

“Our focus after this is to get him to the Craig Hospital in Denver (Colorado) for rehabilitation to his spinal injury,” said Brandon Contreras. “We heard a lot of great things and before he was put under in the coma we were making plans to get him transferred to Denver.”

“My dad is preparing for life as a paraplegic. He will need much support from a variety of medical professionals and costly medical equipment in addition to support from his family, friends, and community,” he said.

Craig Hospital is a world-renown rehabilitation center than specializes in–and only works with–those who have sustained spinal injuries and traumatic brain injuries.

However, with those plans comes cost, and that is where donations can help offset the transportation and any other medical costs that may accumulate during Contreras’ stay at the facility.

The cost of transportation and rehabilitation may cost the family in upwards of $18,000 out-of-pocket.

A GoFundMe page started seven days ago for the Contreras family has since raised $10,545 of the $18,000 dollars needed. To make a donation, click HERE.

Contreras spent three decades as a AZDPS trooper in the Mohave County region before his retirement.