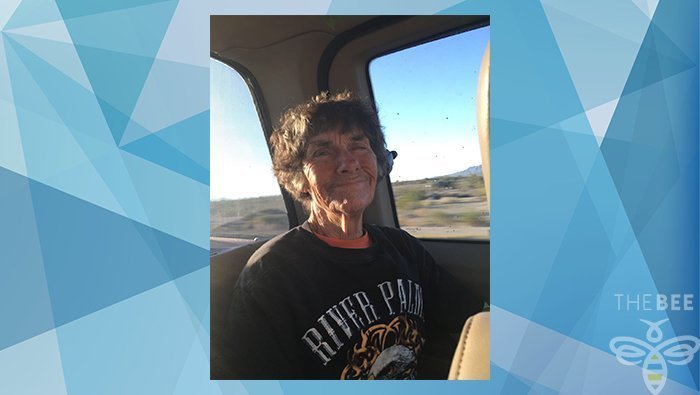 BULLHEAD CITY–The lives of two sisters ended in tragedy last week after a large scale fire tore through their mobile home in the Carefree Park in Bullhead City.

Linda Lang, 73, and Anita Omohundro, 77, were inseparable, said Vicki Overholtzer, daughter of Lang. The two had moved to the Colorado River region back in December.

Lang was the caregiver of her sister, Anita, who suffered from a brain injury sustained at birth. Sadly, on August 22 Omohundro was killed in the fire.

“We are just all stunned and saddened by what happened. My mom is having the hardest time with survivor’s guilt,” said Overholtzer, who lives in Texas. Lang continues to be hospitalized at a Las Vegas hospital for severe smoke inhalation and breathing complications.

“She has had several transfusions and is on continuous breathing treatments and oxygen,” said Overholtzer.

Overholtzer explained that when the fire started her mom and Omohundro were attempting to escape the heavy black smoke and flames through the garage area. The two got separated after the mobile home’s ceiling collapsed. Lang was able to make it to the garage, but could not get out.

“She tried the garage button, but because the fire destroyed all the wires and the electric was out she was trapped,” said Overholtzer. “She even tried to reach the rope to manually pull the garage door up, but she was too short. If it wasn’t for the four guys who heard her screaming for help, she wouldn’t have made it either.”

Omohundro was unable to make it out safely and firefighters later found her body inside the burned structure.

Overholtzer will always remember her aunt as a gentle soul who loved singing “Amazing Grace” and reciting Bible scriptures to anyone she came in contact with.

“She was a quiet person. We loved her so much and will miss hearing her voice,” said Overholtzer.

Overholtzer told The Bee that is was unfortunately her aunt’s cigarette smoking that most likely led to the blaze.

“She liked to smoke, but she wasn’t allowed to smoke by herself because she was special needs,” said Overholtzer. “I was told she snuck out this time and was on the porch smoking. My mom thinks she fell asleep because she had just taken her medicine a little bit before. The cigarette must have dropped and blew away catching something on fire.”

Fire officials have not yet released the exact cause of the blaze that destroyed two mobile homes and damaged a third.

Overholtzer said the fire destroyed everything the two owned, even precious photo albums.

“I’m hoping to get my mom to move in with me here in Texas. I’ve got a beautiful extra room for her,” said Overholtzer.

A GoFundMe page has been started by Overholtzer to help offset funeral costs of Omohundro, who will be cremated and taken to Long Beach, California where she grew up. 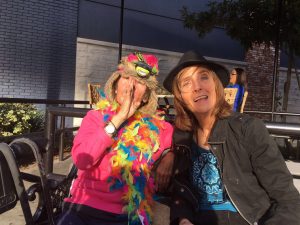 Omohundro (left) with her sister, Linda (right) at an outing together. Omohundro died tragically in a mobile home fire on August 22. (Contributed)