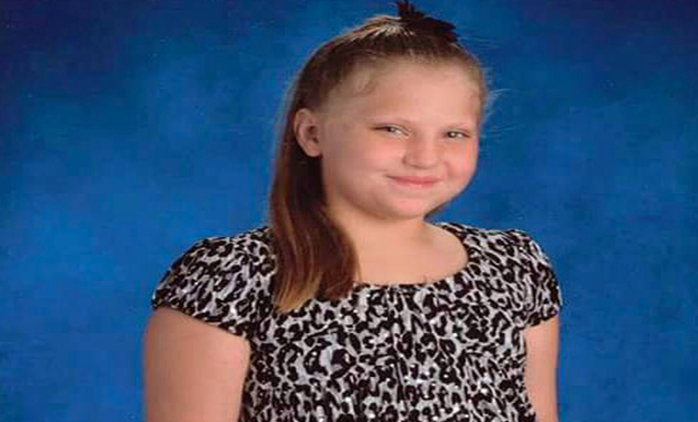 Eight-year-old Isabella “Bella” Grogan-Cannella was known for her warmth and love, but sadly, she was murdered by a family friend in September 2014. CONTRIBUTED/Sue Winchester

KINGMAN–A tragedy that rocked the Bullhead City community in September of 2014, has come to a close with the self-admited killer finally accepting responsibility nearly five years after the crime.

Justin James Rector, 30, sat motionless Tuesday morning as he pled guilty in front of Judge Lee Jantzen to the first-degree murder of Isabella “Bella” Grogan-Cannella. He was facing additional charges of kidnapping, child abuse and abandonment of a body, however, these charges will be dismissed as part of the plea deal.

The admission of the crime has come as a relief for Bella’s family, especially her grandmother, Sue Winchester.

“I hate that it took this long to get to where we are today,” said Winchester. “But, now we will have some closure to this horrible nightmare that has affected so many of us since that night. We want to keep Bella’s name alive even in death. She was an amazing little girl. She was so loving and outgoing. Her smile could light up a room and make you happy if you were having a bad day.”

Winchester said the last four-and-half years have been a struggle for her family, but with this plea, Bella’s sister, Kaylee, would not have to testify against Rector.

“One of the main reasons I am glad he pled guilty is because now Kaylee will not have to testify,” said Winchester. “She doesn’t want to sit there and have to look him in the eye and relive that horrible night. My main fear with him (Rector) representing himself was that he would have to cross-examine her.”

Rector was previously being represented by Julia Cassels. However, Judge Jantzen granted a motion on Tuesday that allowed Rector to represent himself and Cassels to withdraw as council. Cassels was one of several attorneys Rector has had since his arrest in 2014. He was originally facing the death penalty, but it was taken off the table as the case hit a stalemate.

Jantzen assigned the case back to Rector’s original attorney, Ron Gilleo, appointing him as only an advisor through sentencing phase.

“I don’t know why we had to go through this the way we did when in the end he just wanted to represent himself to admit guilt,” said Winchester. “We wouldn’t be were we are today without that death penalty being removed.”

Winchester said she owes a lot of gratitude to Mohave County Prosecutor Greg McPhillips, and Bullhead City Police Det. Brandon Grasse, who had worked tirelessly on the case over the past four years.

“The plea came about after Rector sent a message to Greg (McPhillips) through a kite that said he wanted to meet with him about pleading guilty,” said Winchester. “When we talked, Greg and I were discussing the plea deal of only the first-degree murder charge and I wanted the child abuse attached still. But, I trust Greg and know he is doing it the right way to finally get justice.”

However, Winchester expressed her anger about a recent jail house interview Rector did earlier this month with a local newspaper. In the interview, Rector allegedly said he wanted to plead guilty, but felt his attorney and defense investigator was holding him back from doing so.

“I just can’t believe he (Rector) did that,” she said. “My thought was why would he do something like that after being in court that morning. I couldn’t wrap my head around it.”

On Tuesday, Rector told Judge Jantzen “he just wanted to move forward” and that he knew he was pleading guilty to the murder of Bella.

“Part of me wanted that trial so he could tell us in a sober mind everything that he did to her,” she said. “I was hoping to have answers, like, how did he get to that point and what prompted him to do what he did? But I do know that we will keep her memory alive every day.”

Earlier this year, Winchester opened Bella’s Place outside Williams, Arizona as a place for kids to be safe and out of situations where abuse and tragedy is an every day occurrence.

“Even though her name was barely spoken in court or in the media, other than being known as the girl killed in Bullhead City, her name and memory will continue to be alive everyday in our hearts.”

As for Rector, he faces life in prison with the possibility of parole in 35 years. He will receive credit for time served for being incarcerated since 2014.

“I highly doubt he will ever be released from prison,” said Winchester. “They most never get granted after murder, especially when it involves a child. He is where he belongs and will be there for the rest of his life.”

To make a donation to Bella’s Place to assist with construction of a larger home, click HERE. 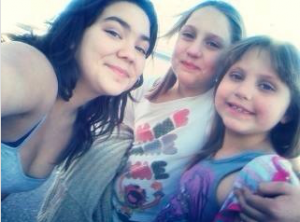 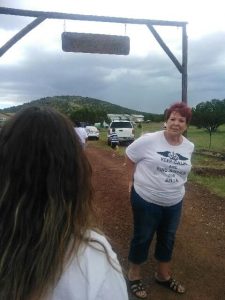 Sue Winchester stands under the new sign that hangs at the entrance of Bella’s Place, outside Williams, Arizona.