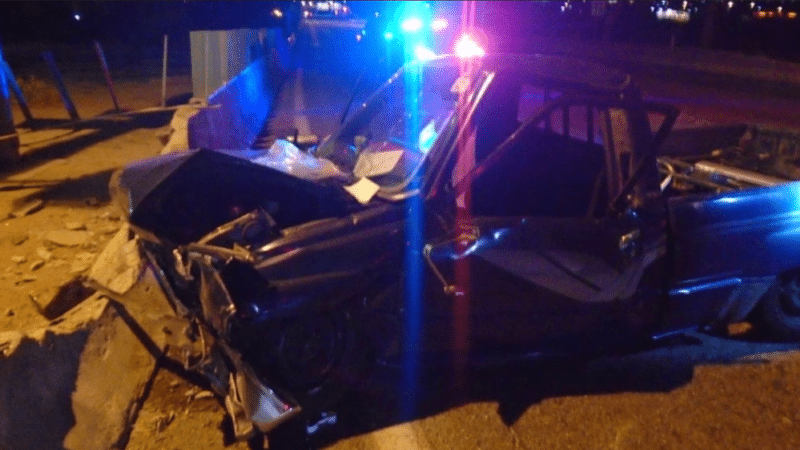 Preliminary investigation revealed that on Saturday September 18, 2021, at approximately 1:05 A.M., a blue 1998 Toyota Tacoma pickup truck with a single occupant was traveling northbound on Casino Drive approaching the “T” intersection with State Route 163. For reasons unknown, the vehicle failed to make the turn and continued straight. The front of the pickup truck struck a concrete barrier wall on the north side of the intersection.

The driver was transported to Western Arizona Regional Medical Center in Bullhead City, Arizona, where he succumbed to injuries sustained in the crash and was pronounced deceased. The male driver of the Toyota Tacoma pickup truck has been identified as 33 year old Daniel Raybern Lindemann from Phoenix, Arizona.

Did you Know? A majority of fatal crashes are caused by intoxicated, speeding, distracted, or reckless drivers and are not accidents. This marks the Nevada Highway Patrol – Southern Command’s 58th fatal crash resulting in 67 fatalities for 2021.

← Prev: Ducey Orders Flags At Half-Staff In Honor Of Representative Frank Pratt Next: Beale Street Theater is proud to Announce their upcoming production “Cannoli Together” →