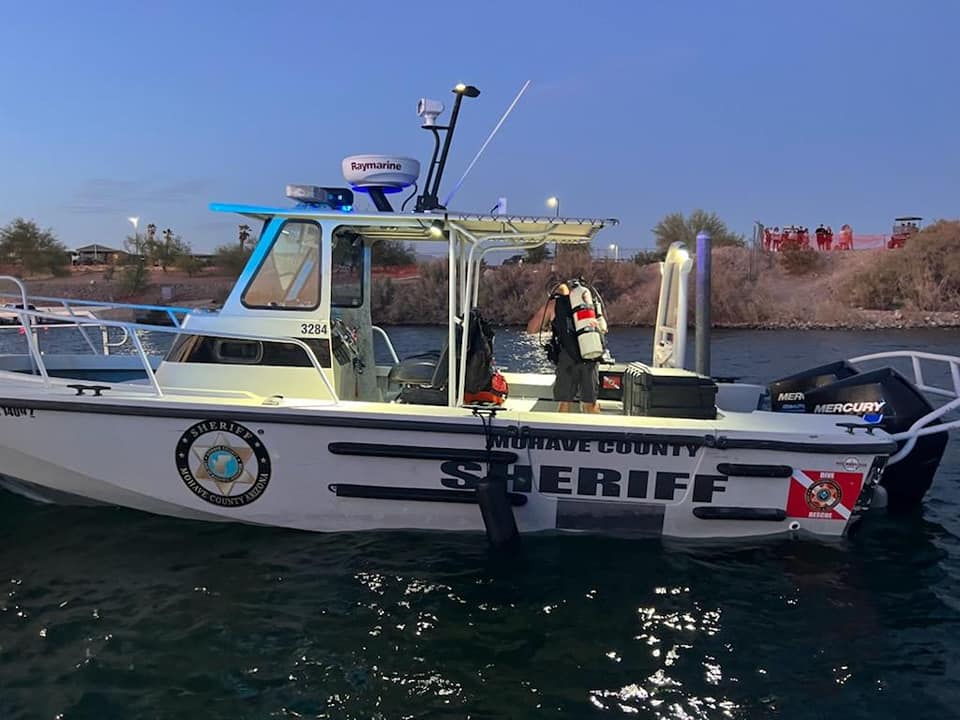 Over Father’s Day Weekend, The Mohave County Sheriff’s Office Division of Boating Safety and Dive Rescue Team responded to several water related calls for service on Lake Havasu and The Colorado River.
On Saturday (6/18), Waterway Deputies responded to several calls of distressed boaters. Those included two lost and distressed kayakers in the Colorado River, several boats that were caught in several swim area buoy lines, several swamped boats, several occupants of personal watercrafts who were unable to get back on their watercraft, and one boat that sunk with 14 people on board. Deputies also responded to a non-injury boat crash that involved a boat that was attempting to trailer, when it struck several other boats.
On Sunday (6/19), Waterway Deputies responded to a boat that sunk on the Colorado River that had 7 people on board and another boat that was on fire at the Lake Havasu State Park Launch Ramp.
During all of these incidents, high winds played a factor. The Nation Weather Service issued a notice of hazardous conditions on Lake Mead, Lake Mohave, Lake Havasu, and the Colorado River due to high winds. Thankfully there were no injuries reported during any of these incidents.
The Mohave County Sheriff’s Office Division of Boating Safety would like to remind boaters to check the weather and wind conditions prior to launching watercraft for the day. 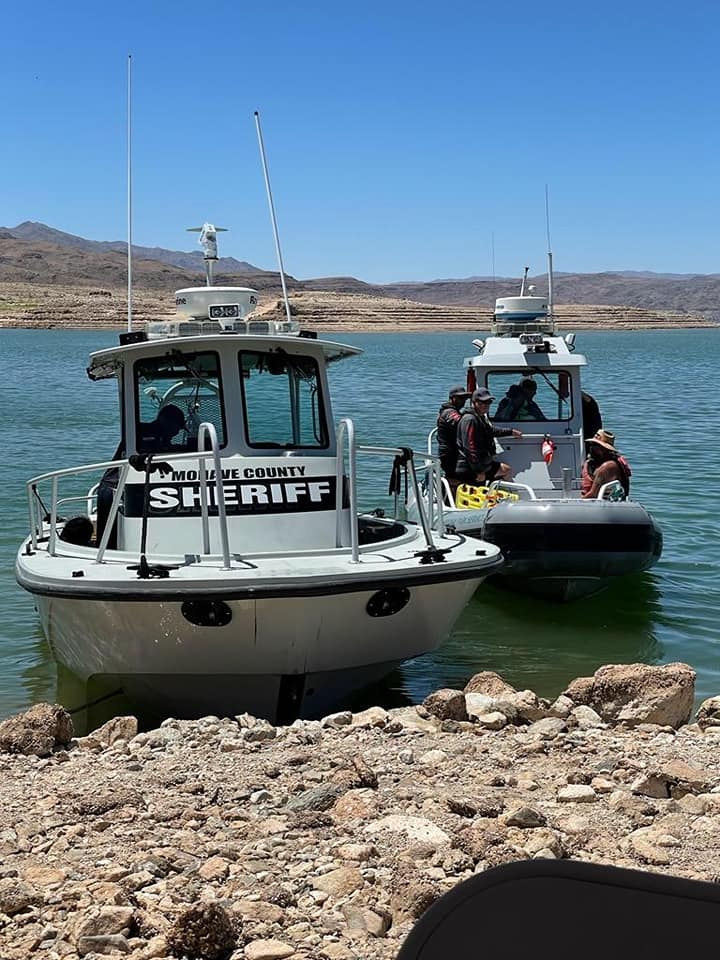 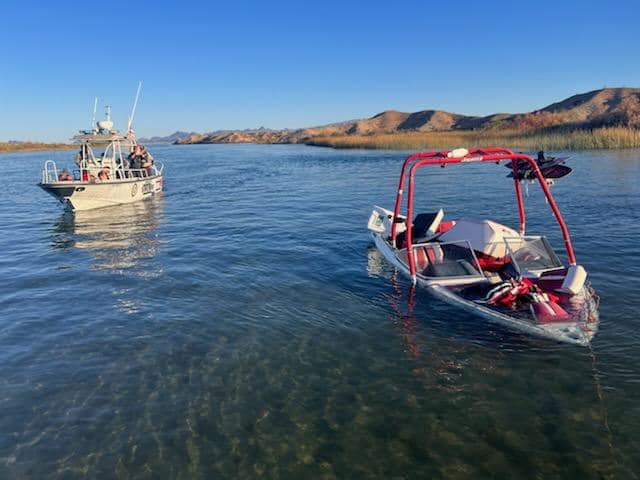 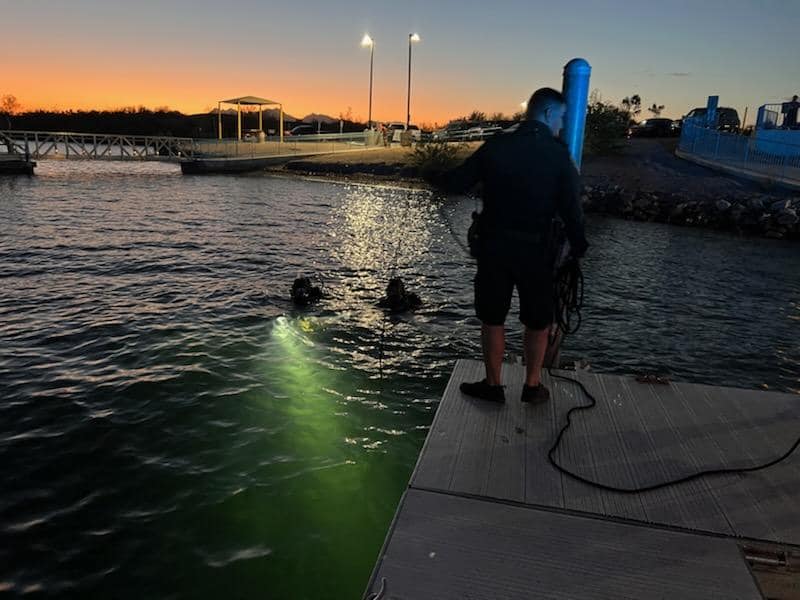 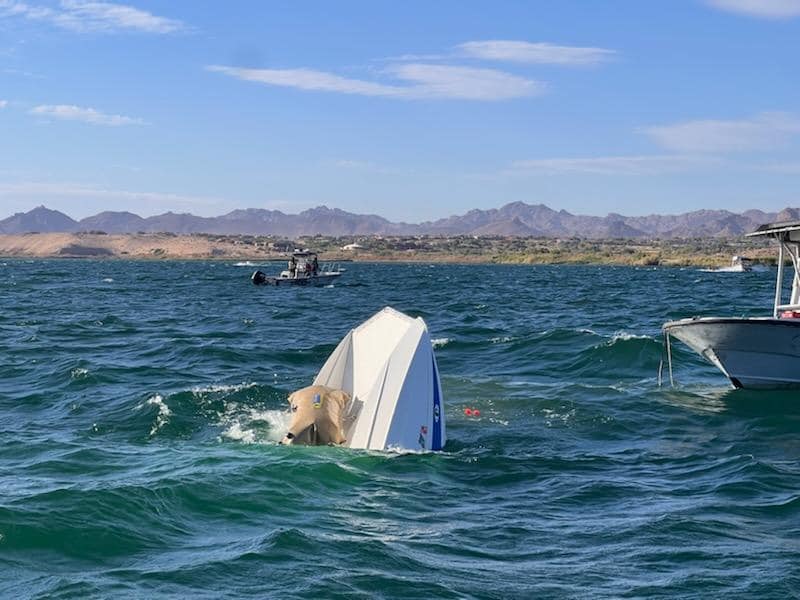