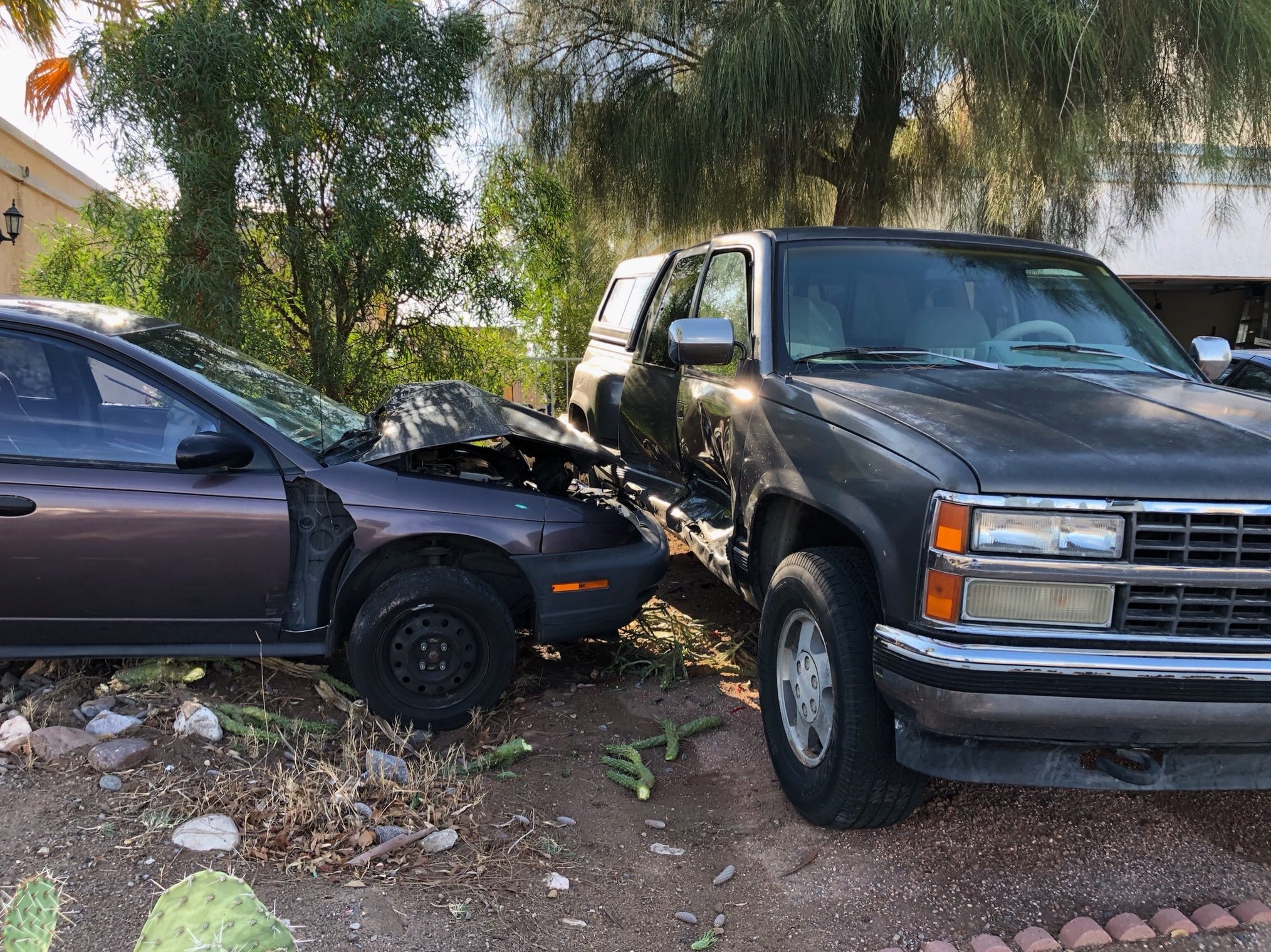 BULLHEAD CITY—A driver reportedly fell asleep at the wheel of his vehicle before crashing into two parked vehicles in the 2400 block of Lakeside Drive early Sunday morning.

The driver of the dark gray Nissan Sentra was reportedly driving southbound on Lakeside on his way home before the crash.

“He had reportedly worked quite a few hours and was feeling fatigue,” said Bullhead City Police Sgt. Dale Osbourne.

One of the vehicle owners told The Bee they were inside the residence when they heard a loud bang.

“I heard a loud bang and came outside and my car was facing the other way,” she said.

Her vehicle sustained minimal damage to the rear driver’s side after being struck.

The Nissan Sentra came to rest against a parked truck in the neighboring driveway.

No injuries were reported at that time, said Osbourne.

The accident remains under investigation.