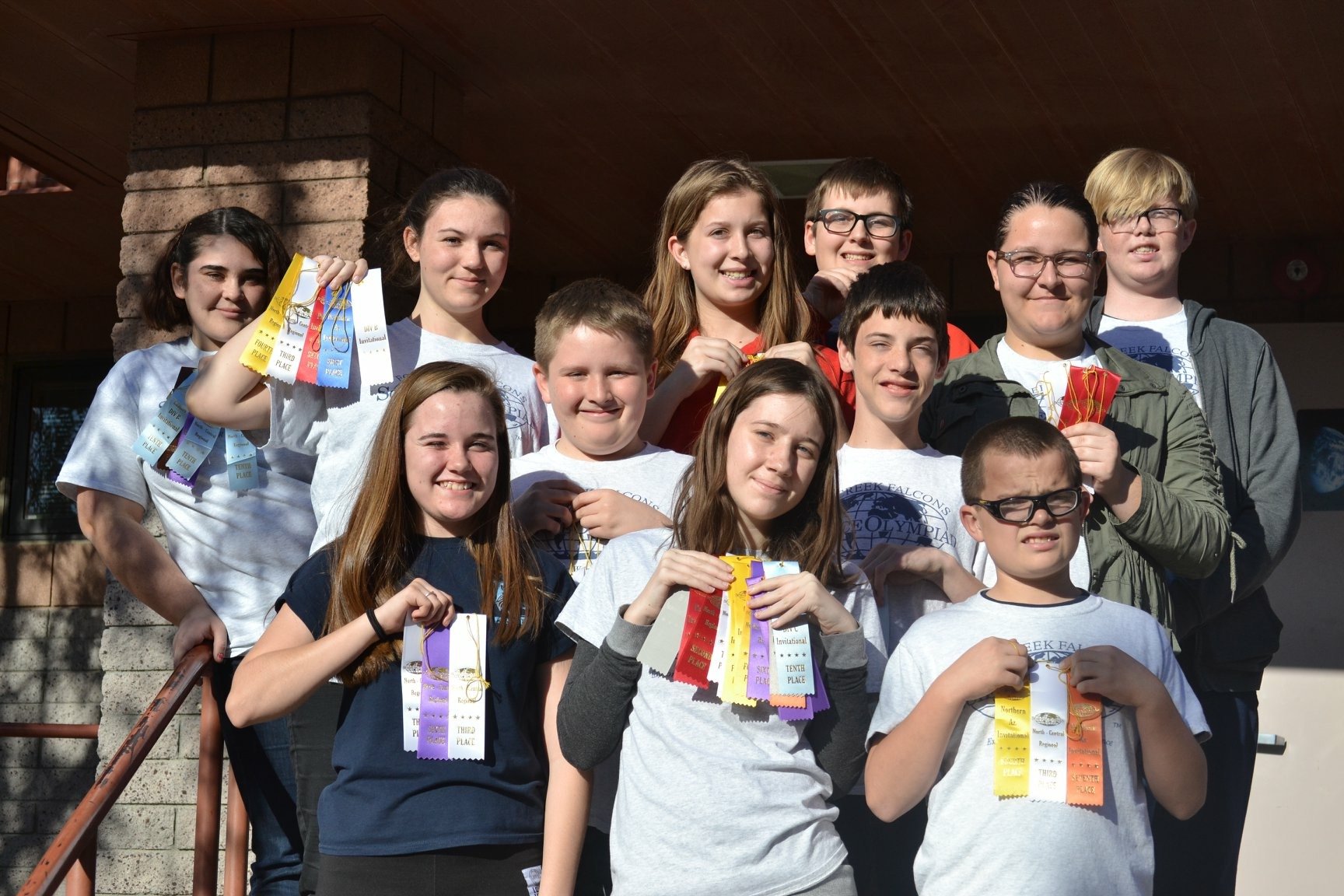 BULLHEAD CITY – A team from Fox Creek Junior High School will be among those competing this weekend in the annual Arizona Science Olympiad at Arizona State University. The thirteen team members are coming off of a sixth place victory out of 16 teams at spring regional competition.

​The Fox Creek team competed in 23 different events at regionals. The overall scores earned the sixth place finish. Individually, Fox Creek scores ranged from second to tenth place.
Science Olympiad is a national science, technology, engineering and math (STEM) program that allows students to apply what they know in a competitive setting.

​Competition for items constructed include buggies built to run straight, fast and stop as close to the finish line as possible with a break, airplanes competing for the longest air time, a roller coaster with an adjustable track to move a marble from start to finish in a designated time, towers built to be lightweight but strong enough to support a hanging weight, thermodynamics featuring an insulated container to keep water as close as possible to the starting temperature with a prediction of the final temperature after 30 minutes, and a hovercraft that will propel forward in the fastest time.

​Fox Creek competes in the Science Olympiad’s Division B, which is grades sixth through nine. The team includes nine current Fox Creek students in grades seven and eight, and four returning ninth graders (high school freshmen) who were on last year’s team.
​In addition to the Science Olympiad, students will also have a chance to tour the ASU campus this weekend and attend an ASU science fair.

​A full list of the Fox Creek winners from the North-Central Regional tournament is posted on the school district’s Facebook page, @crsk12az.