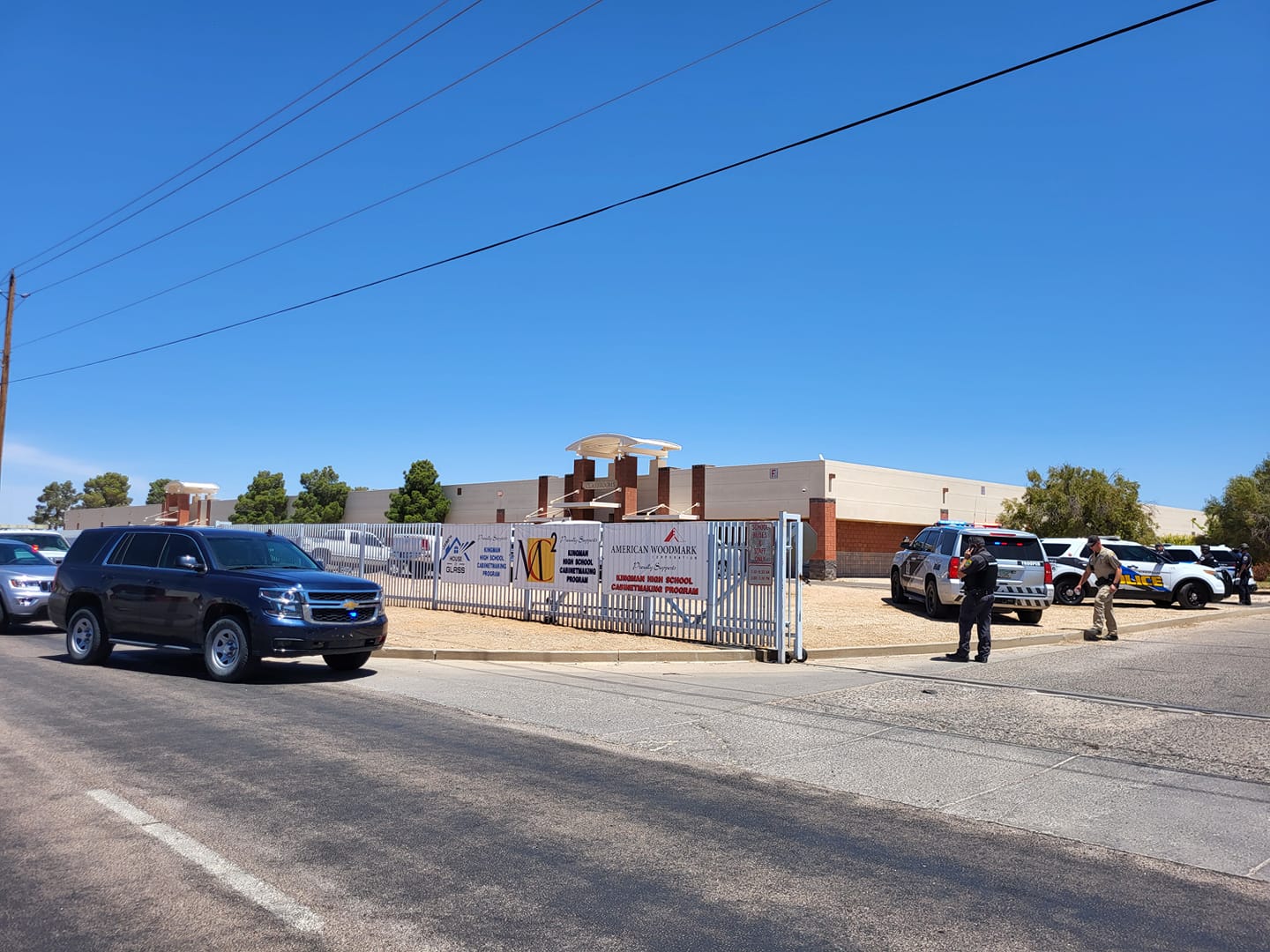 On Monday (5/9), Detectives with the Mohave County Sheriff’s Office arrested a 15 year old male juvenile in reference to the school threat on 05.05.2022. The juvenile, a student at the Kingman High School, was identified through the course of the investigation. During questioning, the juvenile admitted that he had in fact called 911 and fabricated the report of a subject on the campus waiving around a shotgun.
The juvenile was identified through school video surveillance, his voice on the 911 call, and being in possession of the phone that had called 911 to make the report. The juvenile had no explanation as to a reason for placing the call and in fact confirmed that he had not seen anyone on the campus with a gun.
Further review of video surveillance also confirmed no one to be in the area of the juvenile at the time the 911 call was made. The juvenile was transported to the Mohave County Juvenile Detention Facility where he was charged with Disruption of an Educational Institution, a class 6 felony.
← Prev: Burro Roundup Next: Summer Food Service Program →