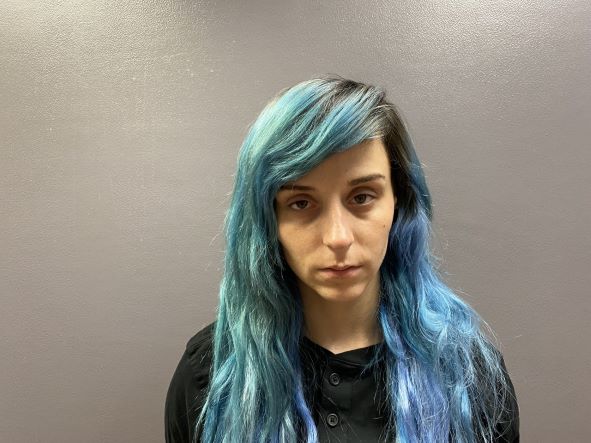 On September 27 at about 1 a.m., MAGNET detectives from the Bullhead City Police Department and Lake Havasu City Police Department, with assistance from the Mohave County Sheriff’s Office and Arizona Department of Public Safety, arrested Zachary E. Curley, 27 of Kingman, and Kasandra Jane Burnside, 27 of Kingman, for possession of narcotic drugs for sale. The couple was contacted during a traffic stop near the intersection of Highway 95 and Willow Drive in Mohave Valley. Approximately 4,000 Fentanyl pills, a usable amount of methamphetamine and a Smith & Wesson pistol were located in their vehicle.
Curley was additionally arrested for possession of narcotic drugs, possession of drug paraphernalia, weapons violations during a drug offense, and weapons offense by a prohibited possessor. Burnside was additionally arrested for possession of dangerous drugs, possession of drug paraphernalia, and a felony parole violation warrant. Both were booked into the Mohave County Jail in Kingman.