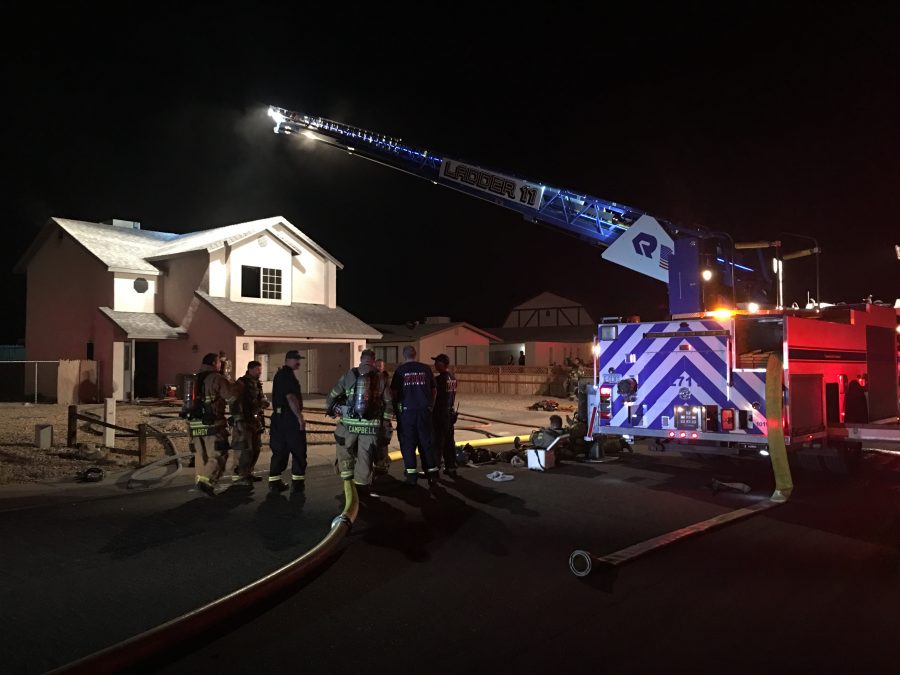 BULLHEAD CITY–Firefighters quickly controlled a fire early Wednesday morning at a home in the 900 block of Brill Drive.

Bullhead City Fire spokeswoman Lori Viles said fire engines were dispatched to Brill Drive around 3:30 a.m. Wednesday for a report of a structure fire. Once on scene, fire officials found moderate smoke coming from the first and second floors, as well as attic vents.

Viles said neighbors reported the home had been recently vacated.

Firefighters deployed multiple attack lines to the interior for fire attack and search and rescue. The home was unoccupied and the fire was located on the first floor.

Viles said crews had the fire under control in a matter of minutes, however, she reported the house had heavy hear and smoke damage.

Utility crews from Southwest Gas and Mohave Electric responded to the scene.

No injuries were reported and the fire remains under investigation.