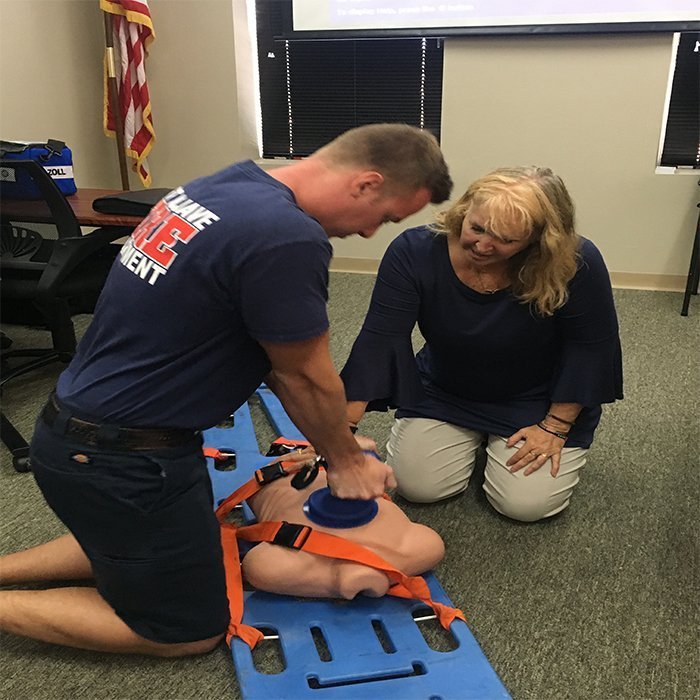 FORT MOHAVE–The chance of surviving a heart attack in our area has increased in percentage thanks to a new resuscitation tool provided by Zoll Medical.

Emergency personnel with the Fort Mojave Mesa Fire Department spent the last three days training with a representative from  Zoll Medical to become certified with a new pump system to use on patients with any cardiac issues.

“The recent equipment they have received, the one they are training on, is called a Rescue CPR System and includes a handheld pump that is an active compression, decompression CPR (cardiopulmonary resuscitation) tool,” said Katie Talk, a ZollMedical Critical Communications Specialist. “This means it not only pushes down to do the compression, but it actually pulls up to increase the blood flow back to the body. It also has another component called the ResQPod.

“We do everything in our power to increase the survival rate on our cardiac patients,” said Fort Mojave Mesa Fire Department EMS Officer Ray Proa. “After doing some research on how to further that care, we ended up reaching out to Rialto Fire in California. They are the leaders in resuscitation and have the highest Return of Spontaneous Circulation (ROSC) survival rate than anyone in the country.”

ROSC is resumption of sustained perfusing cardiac activity associated with significant respiratory effort after cardiac arrest. Signs of ROSC include breathing, coughing, or movement and a palpable pulse or a measurable blood pressure.

When the body does not get the right amount of oxygen, the brain begins to die.

“Standard CPR has only a 30 to 40 percent rate of blood flow to the brain and that was not enough for this department,” said Talk.

“It (the brain) is one of the hardest organs to keep alive,” explained Proa. “Once it starts to decline, it is very hard to stop. This is where Rialto Fire implemented a set of tools into a system called Head’s Up CPR.”

Head’s Up CPR (cardiopulmonary resuscitation) is when the patient’s head is elevated during resuscitation to allow gravity to help improve blood flow in and out of the brain.

Fort Mojave Mesa Fire Department is among one of 20 other fire departments across the country that perform this type of life-saving technique.

“We are stacking the odds in favor of the patient by adding a new piece of equipment or additional training,” said Proa. “We already know we are against the odds, so we are giving them the best chance we can.”

With the addition of the new systems–the AutoPulse and the ResQPOD–the chance of surviving a cardiac arrest will see a nearly double increase rate.

The AutoPulse is an automatic CPR device that allows for additional blood to flow to the brain and heart.

“We want to let people know though, when these devices are used it gives so much blood flow that they might actually see some signs of life when they are using this,” explained Talk. “When the public sees that they might want to encourage medical to stop CPR, they know when to stop CPR and when not too. These issues will be discussed during the training sessions. We want to make sure they are comfortable with the equipment, what they may see when they are using it and how to make sure the public is aware of what is going on.”

Talk added that the hospital will also be made aware of the procedure so they can continue with treatment on the cardiac patient.

Proa spoke of a heart attack patient being revived and walking out the hospital the next day.

“The hospital staff were amazed at what happened. This person was having a heart attack and we were able to bring him back fully and the next day he went home,” he said.

In January, a patient suffering another heart attack due to a blockage went into full cardiac arrest. Paramedics utilized the AutoPulse on the victim and were able to leave it on him while the Cath Lab performed their procedure.

“Using basic CPR, we could not have been able to do this,” said Proa, adding the device is x-ray safe.

“We are very impressed with this fire department and that they care so much about their community and are willing to go the extra effort with money and training to increase survival rates,” said Talk.

Proa said his fire district and Golden Shores Fire Department are the only two that have the AutoPulse device available for use.

The cost of the new systems can get pricy.

However, through grant funding and proper budgeting, the fire department was able to acquire the new tools without it affecting the local taxpayers.

When Proa joined the fire department he conducted a complete overhaul of the EMS services and switched everything over to ZollMedical.

“Several other local agencies use ZollMedical, who are second to none in the medical field,” said Proa. “The technology is something you just can’t beat. We also have Valley View Medical Hospital interested in, not only the ResQPod, but the AutoPulse too.”

“This is something they are all doing to better the community,” said Talk.

Which may come in handy when the fall and winter months roll around.

“We see a 20 percent jump in calls during those months,” said Proa. “Everything increases from strokes, to heart attacks to flu and individuals with stem’s. We train the best we can to prepare for those months.”

When combined, the techniques used will increase the survival rate on a person versus basic CPR procedures.

Proa said the department had to “throw out the old thinking and training” and replace it with new techniques and equipment.

“Nothing trumps compressions and getting back to the basics.” 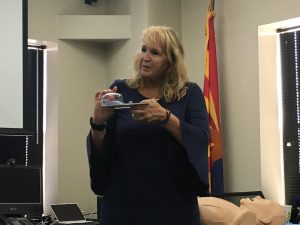 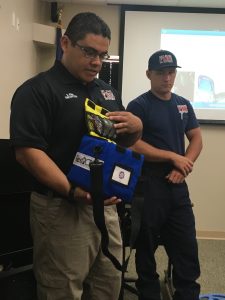