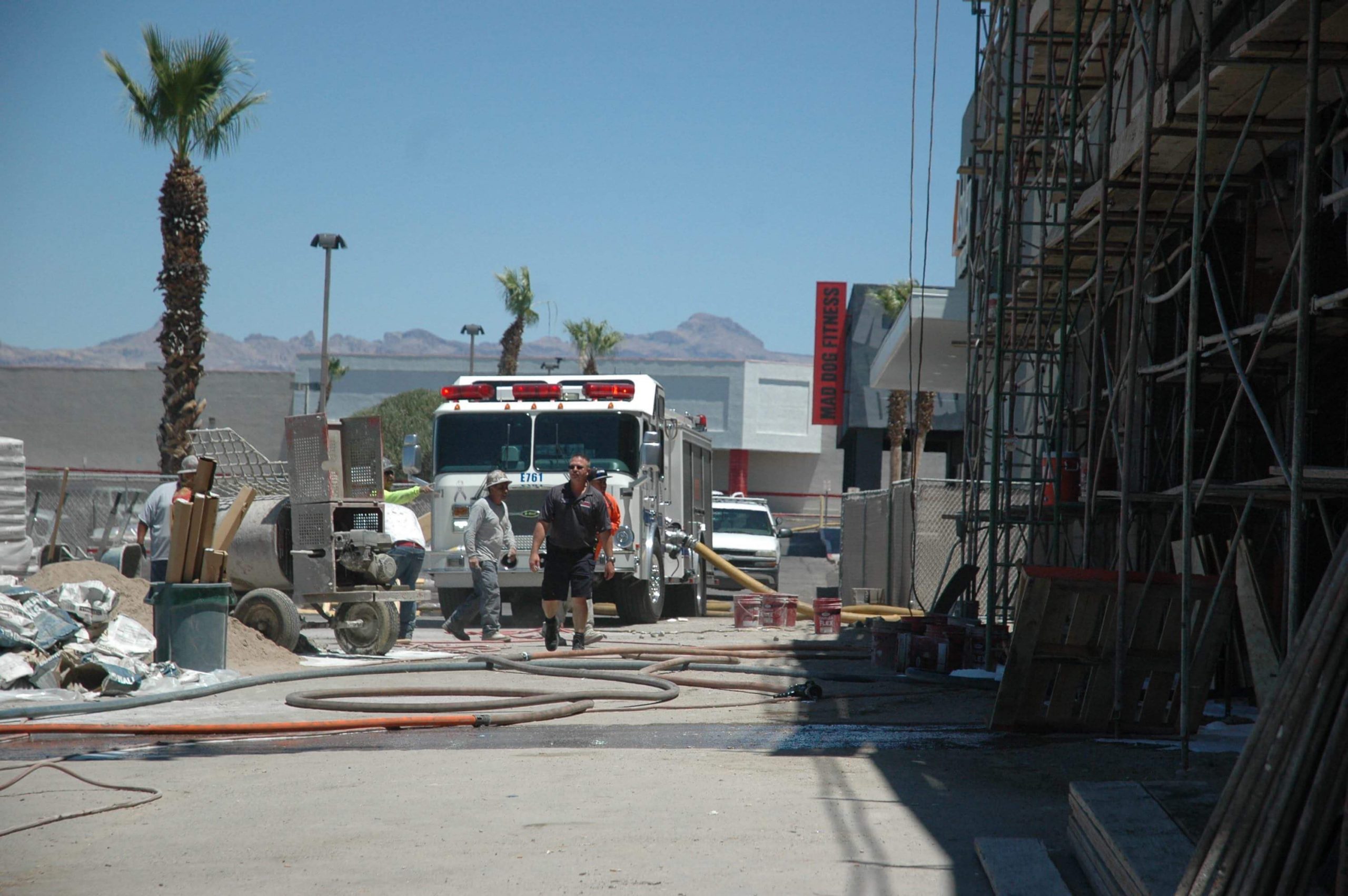 Battling triple digit temps, crews attacked the fire that was reportedly located toward the rear of building.

One worker, who did not want to give his name, said he was working inside the building when he smelled smoke and saw flames.

“I knew something was wrong when I smelled the smoke,” he said.

The worker said he helped make sure everyone got out of the building as quickly as possible.

The fire station was dispatched around 1 p.m. and arrived to find smoke and an active fire.

It was under control within minutes and crews continued to work the fire.

There were a total of seven units on scene and no injuries were reported, said Bullhead Fire spokeswoman Lori Viles.

Smart & Final Marketing spokesman Harrison Shun said they expect to stay on schedule with the grand opening on July 11.

Fire Marshal Jim Dykens issued a closure of the building Wednesday, while a formal fire investigation was conducted.

Visible water damage was noticeable from the outside of the building. It was not known though, how bad the water or smoke damaged the inside structure.

City officials from public works, engineering and planning & zoning were also on scene.

Interim Bullhead Fire Chief Pat Moore said the building was scheduled for a fire alarm test at 1 p.m. and immediately thought it was part of the test.

“It wasn’t until they reported seeing smoke that we knew it wasn’t a test,” Moore said.

The cause of the fire remains under investigation at this time.