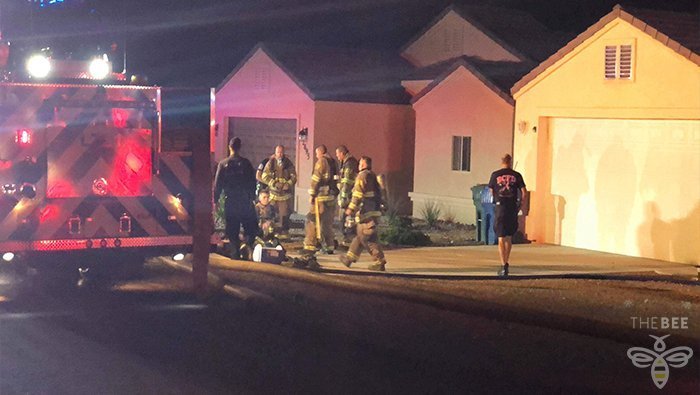 LAS VEGAS–A Bullhead City man has died from injuries sustained in a house fire last week in the 2600 block of Avienda Grande.

Authorities have identified the victim as Donald Dean Van Middendorp, 72.

University Medical Center spokeswoman Danita Cohen confirmed for The Bee that Van Middendorp had succumbed to his injuries at their hospital. However, Cohen did not release any additional information.

Van Middendorp, along with his wife and dog were rescued from their burning structure on Oct. 18 by firefighters.

Bullhead City Fire spokeswoman Lori Viles said arriving crews noticed light smoke emitting from the top of the front door to the residence. Firefighters made entry into the smoke-filled home and found a male, later identified as Van Middendorp, lying on the floor in the kitchen area. Van Middendorp’s wife was found lying on the bedroom floor.

They were both removed from the structure immediately and taken by ambulance to Western Arizona Regional Medical Center. Van Middendorp was than airlifted to University Medical Center in Las Vegas, where he later died.

During a secondary search of the residence, firefighter’s found the dog, who was reportedly suffering from smoke inhalation. The dog was given oxygen and handed over to Bullhead Animal Care & Welfare, said Viles.

The cause of the fire is still under investigation.

← Prev: Woman Injured In I40 Rollover Next: Witches, Skeletons, Cemetery And A Halloween Display. →