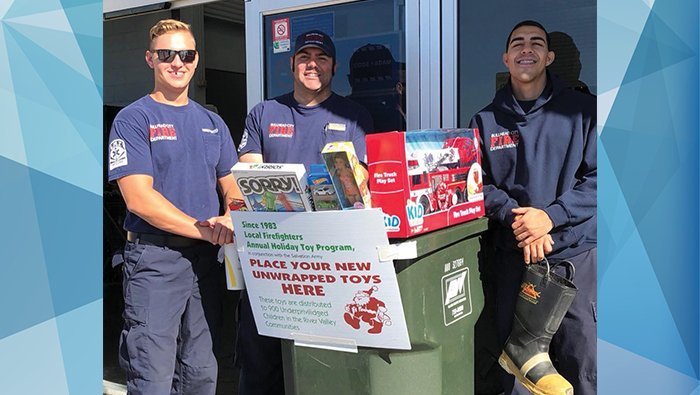 Every child’s wish is to wake up on Christmas morning to presents under the tree and for close to 35 years, one local non-profit organization has made sure that happens.

In 1983, local firefighters got together and collected, wrapped and hand delivered toys to dozens of children living in the Bullhead City area.

But over the past three decades, the firefighter’s toy drive program has expanded to neighboring communities in the Tri-state, which means the need for toy donations has grown too.

“With the growing success of the program, requests for assistance from outside of Bullhead City began to pour in from other parts of the region. To serve this larger geographical area, in 2010 the Bullhead Firefighters Holiday Toy Drive was created to allow us to help children outside the Bullhead City Area,” said FHTD spokesman Shawn Lawless. “This was accomplished by partnering with fire department’s and other civic organizations located in Mohave County, Clark County, and San Bernardino County and assisting their already existing or struggling programs with donated toys and funds.”

The program started under the direction of the Bullhead City Fire Department and the Bullhead Professional Firefighters Association after they saw a need in the community during the holiday seasons.

“These individuals banded together to purchase, wrap and hand deliver the toys on a fire truck during the first couple years of the program,” said Lawless. “As Bullhead City continued to grow,  and more and more families were identified each year, the program was forced to grow to meet the rising demand. It was then incorporated into the Bullhead Firefighter’s Charities, a non-profit organization. This allowed the program to partner with local businesses to collect toys and donations to purchase the toys needed each year.”

But, the growing need of assistance during the holiday continued and began to pour in from other parts of the region.

To be able to serve the larger geographical area, the creation of the Bullhead Firefighter’s Holiday Toy Drive in 2010, gave them the chance to help local children residing outside the Bullhead City limits.

“This was accomplished by partnering with fire department’s and other civic organizations located in Mohave County, Clark County, and San Bernardino County and assisting their already existing or struggling programs with donated toys and funds,” said Lawless. “Beginning in 2012, the program teamed up with the firefighter’s in Lake Havasu City and began to serve the children there as well.”

It is estimated that over the past three decades, the toy drive program has delivered Christmas presents to about 18,000 local children.

With the numbers of need expanding each year, the Bullhead Firefighter’s Holiday Toy Drive restructured in 2017 and dropped the “Bullhead City” from their name. This was done in order to serve more by working with government and civic organizations to raise money and collect toys under a tax-deductible donation option.

“It also gave us the ability to begin the consolidation of resources and logistics for all the toy public safety toy programs in western Mohave County, with the goal of making sure that no child is left out during the holiday season,” explained Lawless. “With the consolidation, and this being our 35th year, we are anticipating assisting over 1,500 children this Christmas season.”

This year, the Firefighter’s Holiday Toy Drive will work with the Salvation Army to consolidate the child application process to minimize the possibility of double dipping and potential fraud.

“This simplifies the sign up process for those families in need and will streamline the distribution of families to the agencies who will deliver the toys,” said Lawless.

Want to help with the toy drive program?

“Anyone can help by dropping off a new, unwrapped toy at any fire station or during one of our many toy events. They can also make a tax-deductible donation directly to the program,” said Lawless. 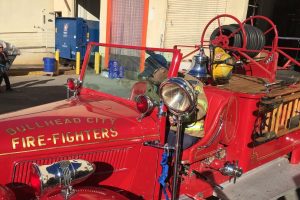 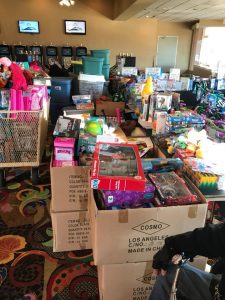 ← Prev: LTE: "Mayor Brady, We Have An Idea For The Burro Issue" Next: Car Crashes Keep Law Enforcement Busy Wednesday →