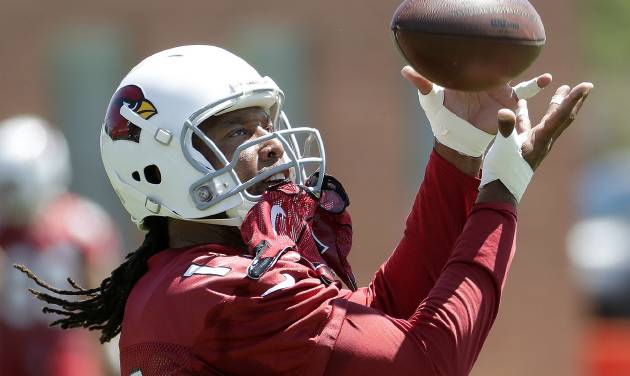 Entering his 15th season, with career receiving numbers among the best to have played the game, Fitzgerald is not talking about whether this year in the NFL will be his last.

“I’m just trying to make it to February in one piece,” he said after the team’s second day of minicamp on Wednesday.

Fitzgerald, who will turn 35 before the season begins, has taken part in every voluntary session with the same competitive mindset he’s always had. As silly as it sounds, he said he plays like his job is on the line.

“When I say that I’m not saying it jokingly, that’s the mentality that you have to have,” he said. “All these guys, they’re not bringing them in here for their own health. They’re bringing them here to give them the opportunity to take your job. That’s not lost on me ever. I’m fighting and competing just like everybody else is.”

New coach Steve Wilks treasures having someone like Fitzgerald to help the Cardinals transition into a new system with the retirement of Bruce Arians.

“His commitment to this team, to this organization is invaluable,” Wilks said. “It means a lot to me as a first-year head coach, a guy like that who can be an extension of you in the locker room, a true leader.”

Fitzgerald is No. 1, with a lot of competition as to who will line up at the other receiver spots.

Fitzgerald said Wilks asked him to be there during voluntary OTAs and was effusive in his praise of new receivers coach Kevin Garver, who was assistant receivers coach in Arians’ five seasons in Arizona.

Fitzgerald called Garver “one of the sharpest minds I’ve been around.”

“I knew coach Wilks asked me early on to be here,” Fitzgerald said. “And more so than that I wanted to start off on the right foot and make sure Kevin knew I was in the fight with him from day one. I want to be successful for Kevin and I knew in a few more years he’ll be an offensive coordinator and a few years after that he’ll be a head coach. I want to make sure that I’m doing everything I can while I can to help him elevate.”

Fitzgerald has had a lot of quarterbacks throw him passes since he was drafted third overall by the Cardinals in 2004.

Now he’s getting used to a new one in Bradford, who is being eased into workouts because he’s coming off a knee injury.

Fitzgerald said the two are still learning each other, as is expected.

“That comes through repetition,” Fitzgerald said. “The same thing with Kurt Warner when he first got here and with Carson (Palmer) six years ago when he got here. It takes a little time but once two veterans are able to learn each other it makes it a lot easier.”

With Bradford watching much of the time, Fitzgerald has caught a lot of balls from the rookie Rosen.

“I’m really impressed with how Josh has been able to grasp everything,” Fitzgerald said.

Fitzgerald wouldn’t say much about that but hinted at his support for the player.

“I don’t know the details of it, honestly,” Fitzgerald said. “I don’t know anything that’s going on. But I’m always for my teammates. I love my guys. I’ll just leave it at that.”

Fitzgerald is a well-documented world traveler. After the final minicamp session on Thursday, he and cornerback Patrick Peterson, a fellow avid golfer, are headed off together.

“We’ll be over in St. Andrews playing some golf,” he said. “We’re going to have a good time. It’s Pat’s first time, so I want to beat him at the oldest golf course in the world.”

Who’s paying for the trip? At least indirectly, Fitzgerald said, Peterson is.

“Pat’s paying for the trip after all the money I’ve taken from him this offseason,” he said. “I’m appreciative of that.” 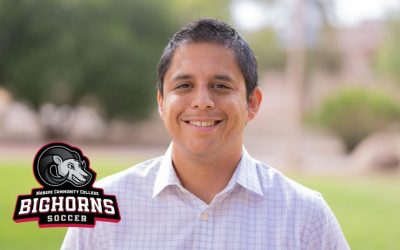 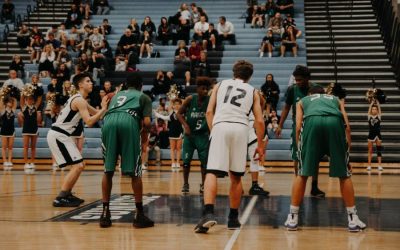