Flags Ordered To Half Staff For Pittsburgh Shooting Victims 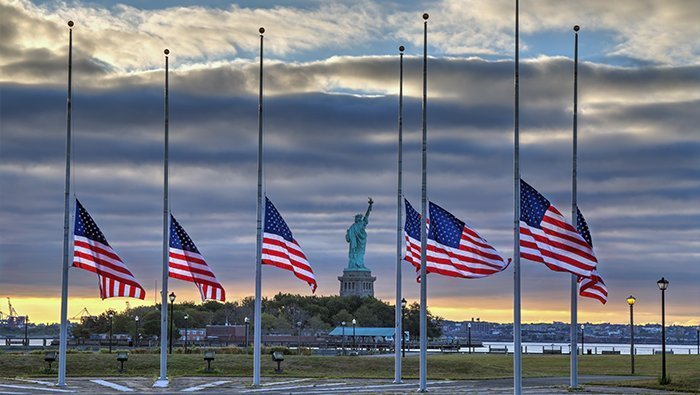 ARIZONA–Gov. Doug Ducey has ordered that flags at all state and office buildings be lowered to half-staff immediately until sunset on Wednesday, Oct. 31 in honor and remembrance of the victims of the shooting at the Tree of Life Synagogue in Pittsburgh on Saturday.

The shooting left 11 dead and six others injured when Robert Bowers, armed with multiple assault weapons, entered the synagogue on Saturday.

Bowers has since been charged with 11 counts of criminal homicide and 13 counts of ethnic intimidation. The attorney general is seeking the death penalty against Bowers.