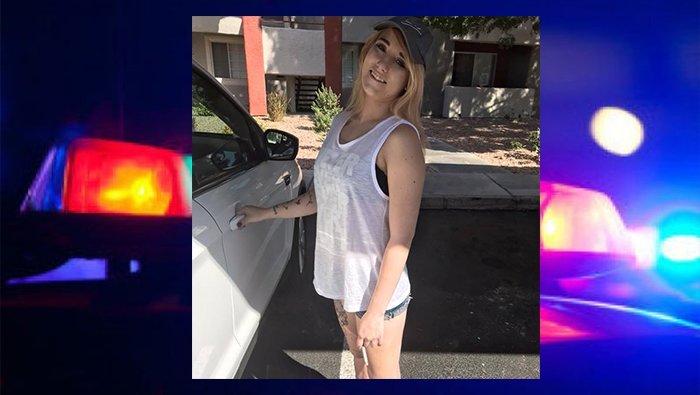 “She was shot twice but we don’t know if it was her back or the back of her head,” said Savannah. “There were earlier reports she had been shot in the face, but that was not true. We will know more tomorrow, hopefully.”

There are no suspects at this time, however, police have indicated Short was seen walking around the area with an unidentified man about an hour before she was found.

Short’s sister said. “She was probably with the wrong people, at the wrong time.”

Short reportedly had a trouble with drug addiction in the past, her sister said. However, she had recently gone to rehab and was trying to get back on track.

“We don’t really know what led up to her being shot.”

Bailley Short and her family were residents of the Tri-State for about seven years from 2007-2012, before moving to the Henderson/Las Vegas area.

Her sister described Short as an outgoing person who had a huge heart for animals.

“We lived in Texas and have always had animals growing up. We had horses, dogs, cats and rabbits,” said Savannah.

The family is asking in lieu of flowers, donations be made in her honor to the Animal Foundation, 655 N. Mojave Road, Las Vegas, Nevada. This organization was chosen because they are close to being a no-kill shelter, a cause Short believed in.

← Prev: BHCFD Station 6 Latest To Get Solar With Renewable Energy Funds Next: Victim Reportedly Stabs Suspect With Scissors During Altercation →