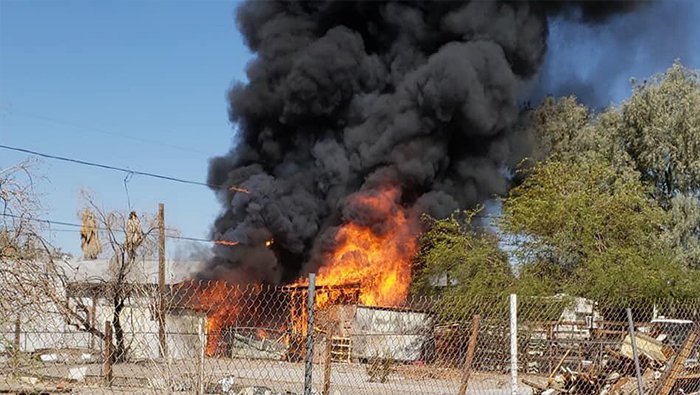 FORT MOHAVE–Fire officials say the large blaze that tore through a vacant Fort Mohave home on Tuesday is suspicious in nature.

“This is the second fire in four days on that same property,” said Fort Mojave Mesa Fire Prevention spokesman James Kartinen. “There were no utilities to this property during either of the fires.”

Kartinen said the first fire in the 4500 block of Camino Bruja occurred on September 14 around 4 a.m. and the second was Tuesday around 10:30 a.m. The home was vacant at the time of both fires.

An adjacent vacant home in the 4500 block of Camino Viuda was deemed inhabitable by fire officials after it sustained significant damage from the nearby structure fire. A third home catercorner to the Camino Bruja fire received some smoke and heat damage.

A travel trailer, storage shed and a few inoperable vehicles at the Camino Bruja fire were also destroyed.

At the time of the fire, witnesses reported hearing several expositions.

The fire Tuesday was fully extinguished before 1 p.m. with the full on scene investigation being completed by 3:30 p.m, said Kartinen.

Anyone  with information regarding the fire can call the Fort Mojave Fire Department at 928-768-9181. 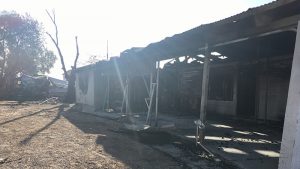