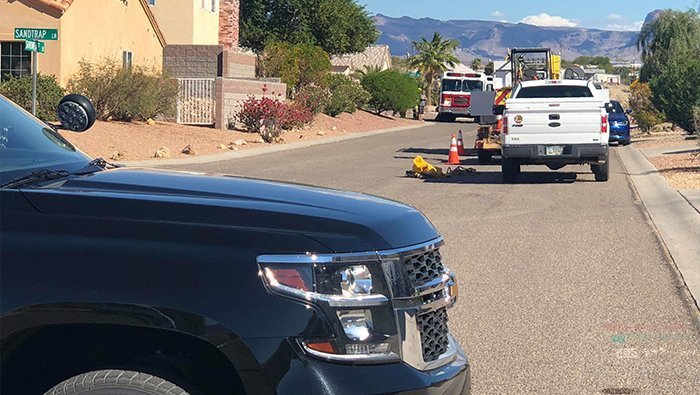 FORT MOHAVE–Two homes had to be evacuated Tuesday afternoon in the 2100 block of Sandwedge Way in Fort Mohave for a gas leak.

James Kartinen said the evacuations happened after a service line was damaged while home improvements were being done.

“The scene was secured,” said Kartinen. “Two homes were evacuated until the gas company arrived and shut off the leaking gas,” Kartinen said.

Contrary to scanner traffic and social media posts there were no evacuations of a day care center or school.