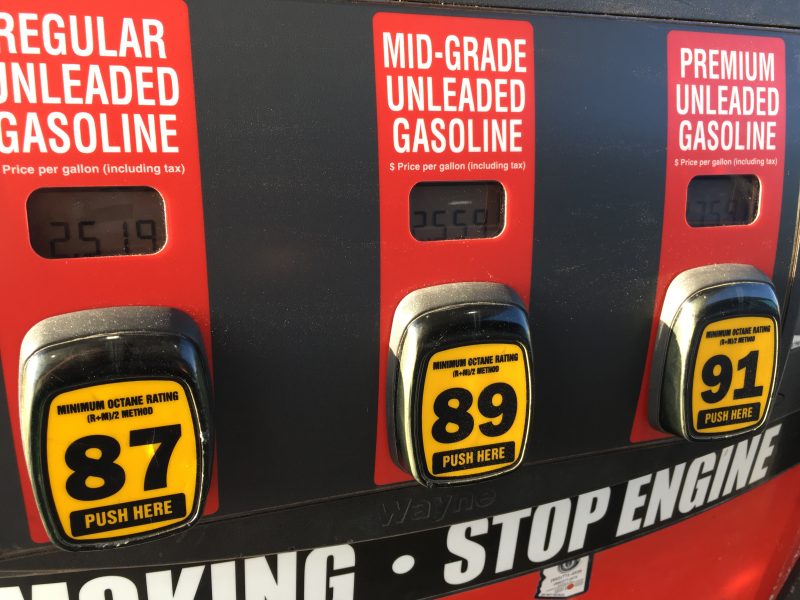 MOHAVE COUNTY—Gas prices are on the rise and officials say hurricanes and changes in the oil industry are to blame.

In the last couple of days, local drivers have noticed gas prices soar from $2.10 to nearly $2.75 at various gas stations throughout Mohave County.

However, one driver from California welcomed the lower prices.

“Hey I’m okay with this,” Daniel Huenes, of San Clemente, said while filling up his tank Tuesday morning at Smith’s in Fort Mohave.

Huenes said the price of gas where he lives is nearing the $4 mark.

“It may be time to think about getting a smaller vehicle,” he said laughing.

In the end, it cost Huenes close to $50 to fill his Ford Expedition. A bit of a reprieve from the triple cost he’d pay in California.

Although officials with AAA say the spike in gas prices are normal around the spring months, other mitigating factors have attributed to the higher prices.

Officials also report that gas prices can soar to that $4 mark in California by Memorial Day.

Bullhead City has the least expensive with gas prices around $2.25, while Fort Mohave drivers are spending about $2.50 a gallon.

The Pilot and Love’s Truck Stop at the I-40/Lake Havasu cut-off has the highest at $2.75 a gallon for regular unleaded.

To see a list of gas station prices, visit www.gasbuddy.com. 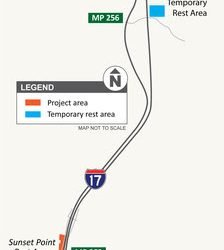 PHOENIX – While crews have been working behind the scenes at the Sunset Point Rest Area along Interstate 17 at...