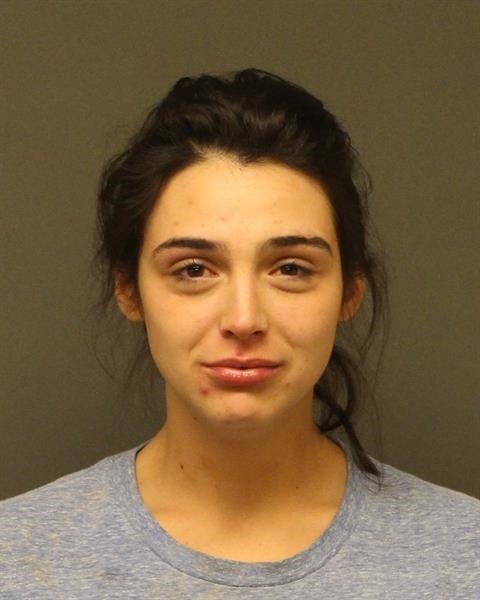 GOLDEN VALLEY–A local woman is facing a bevy of charges following a traffic stop near the 5200 block of Highway 68 in Golden Valley.
Jessica Gabriel Valenzuela, 20, was arrested on suspicion of aggravated assault on an officer, resisting arrest, narcotic drug possession, drug paraphernalia violation, endangerment, aggravated DUI, aggravated DUI with minor under 15 and three misdemeanor DUI charges.
Mohave County Sheriff’s spokeswoman Anita Mortensen said on Tuesday around 11p.m., deputies responded to a business in the 5200 block of Highway 68 in reference to a disturbance.
The caller advised that a male and female were fighting inside a vehicle outside the business. Before they arrived, the reporting party advised deputies the vehicle had left and was heading towards Kingman. Deputies observed a vehicle matching the description a short time later travelling over the speed limit and a traffic stop was conducted.
While approaching the driver’s side, deputies reportedly could smell the odor of an intoxicating substance coming from the driver, later identified as Valenzuela. Inside the vehicle, deputies observed two male passengers, a female passenger, and a baby.
Deputies asked Valenzuela to step out of the vehicle, and observed she had trouble doing so, using the car door for support. When asked if she had been drinking, Valenzuela reportedly told deputies she had three beers.
A records check revealed Valenzuela did not have a valid license and the male passengers to have active arrest warrants. A search of the vehicle revealed marijuana wax and assorted drug paraphernalia in the center console.
Deputies then advised Valenzuela she was under arrest and attempted to restrain her, when she reportedly began pulling away and kicking at deputies. One deputy was kicked in the knee, said Mortensen.
Deputies were then able to detain Valenzuela and place her in restraints.
A breath test was conducted and revealed Valenzuela to have a BAC of .168.
Valenzuela was taken to the Mohave County jail in Kingman.

← Prev: New Judge To Preside In Case Over Inmate Care In Arizona Next: Fire Ignites Inside New Smart & Final Building →