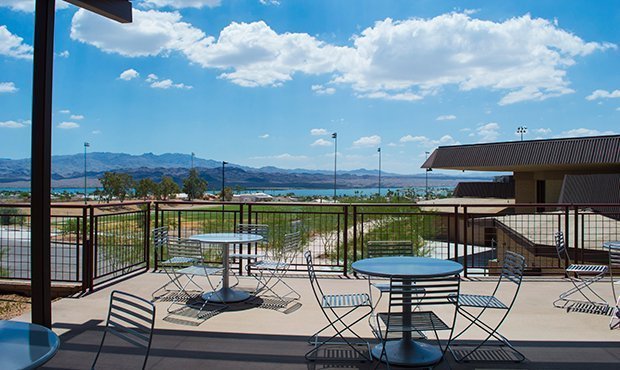 The university earlier this year unveiled its Community Advisory Group as a means of increasing enrollment, Today’s News Herald reported on Feb. 11.

The Lake Havasu City operation has had about 150 students per semester.

The all-volunteer committee has focused on rebranding the school for marketing efforts, increasing fundraising and scholarships and recruiting new students.

He said he wants enrollment to reach as high as 1,800 students.

“We are not going to be a ginormous university, and that was never the intent, but it will be a 25-30 year process to get there,” Van der Riet said.

One of the keys is to show prospective students what’s so special about Havasu, he said. Another key is to focus recruiting efforts not just on Arizona high school students, but Southern California students as well.

Through its advisory group, ASU has embarked on several areas of recruitment including the placement of signage on State Route 95 directing people to the campus, radio campaign ads, postcards in vacation rentals and similar cards in hotel rooms to let people know the school is there.

“Automatically students will have a connection with ASU Havasu, and I’m telling you it lasts in many different ways,” recruitment committee member Jaime Festa-Daigle said.

“I look in my daughter’s room at home and she has an ASU sticker, not from when she applied for college, but when she was 11 years old. The efforts will come back.”

← Prev: Parker High School student has been arrested Next: Snow in Kingman →

The Lake Havasu City Police Department is asking the public for assistance in a weapons misconduct investigation. On...