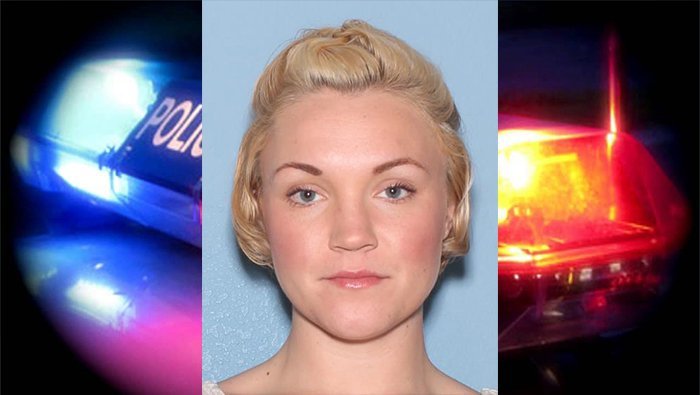 HENDERSON, Nevada — Bullhead City Police spokeswoman Emily Fromelt has reported that Haley Ann Mansfield was apprehended in Henderson, Nevada late Friday afternoon. Mansfield is wanted in connection to a stabbing that took place in Thursday at a residence in the 1200 block of Arcadia Boulevard.

(ORIGINAL) BULLHEAD CITY–A Henderson woman is wanted by local police in connection to a stabbing that took place Thursday afternoon in the 1200 block of Arcadia Boulevard in Bullhead City.

Bullhead City Police spokeswoman Emily Fromelt said Mansfield reportedly went to the Arcadia Boulevard home shortly before 5 p.m. Thursday when Mansfield is alleged to have pulled out a knife out of her purse without warning and started stabbing the male victim.

The suspect and victim had reportedly been romantically involved.

Formelt said the victim was able to get away and ran to a neighbor’s house, however, Mansfield fled the scene prior to police arriving on scene.

The victim was treated for stab wounds to his abdomen and shoulder areas and has since been released from the hospital.

Anyone with information on Mansfield’s whereabouts is asked to call the Bullhead City Police Department at 928-763-1999.