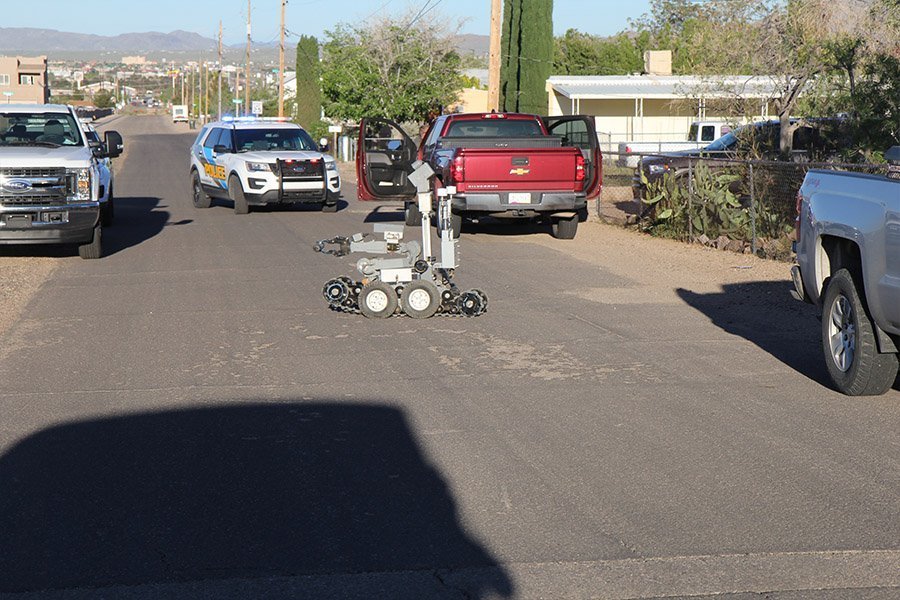 On Wednesday, April 25th, at about 2:00pm, Kingman Police arrested Larry W. Bradshaw Jr., 34 of Kingman, on felony charges of Misconduct Involving Weapons x3, Disorderly Conduct Weapons, Unlawful Discharge of a Firearm and Possession of Drug Paraphernalia. At 1:45pm officers responded to the area of Beverly Ave. and Wilshire Ave regarding the report of someone yelling and the sound of guns shots. Officers determined that the yelling and shots originated from a structure behind a residence in the 500blk of Wilshire Ave., known to be occupied by Bradshaw. Officers surrounded the residence and structure and provided direction over loud speaker for any occupants to exit the residence. After about 15 minutes Bradshaw did exit and was detained without incident. Further investigation revealed that Bradshaw, the sole occupant, had fire several rounds from a handgun. Several bullet holes were found in the walls of the structure. Bradshaw, who is a prohibited possessor of a firearm, was arrested. A search warrant was served that resulted in the discovery of several homemade firearms, three homemade explosive devices and assorted methamphetamine drug paraphernalia. Previous police involvements and witness statements indicate that Bradshaw appeared to be suffering increased instances of paranoia and hallucinations. Kingman Police EOD responded and safely processed the explosive devices and rendered them safe. Bradshaw, who admitted involvement in the offenses, was arrested and booked into the Mohave County Adult Detention Facility. The investigation is ongoing. 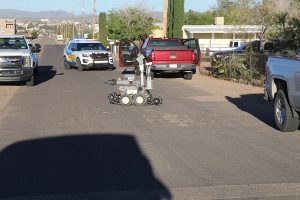 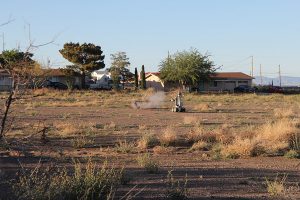 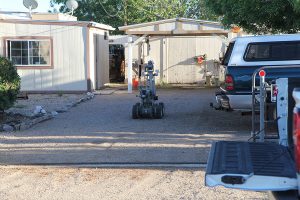