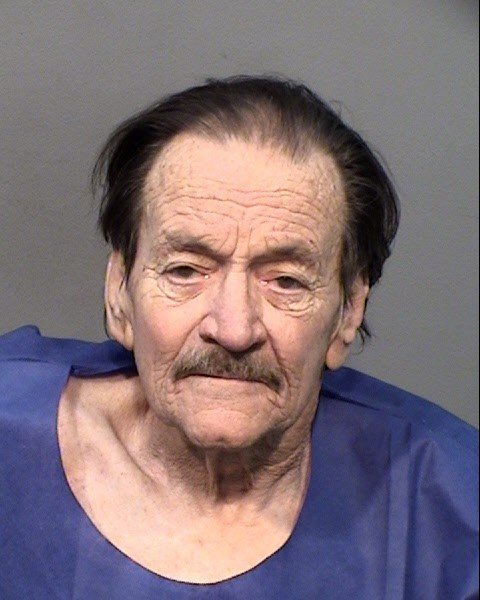 On April 23, 2019, Terry Ingle was arrested on charges stemming from a homicide which occurred early that morning.  After being treated and released for self-inflicted superficial wounds, Ingle was confined to the Yavapai County Jail in Camp Verde.  On April 28, 2019, at 11:48 PM, Ingle was transported by ambulance from the Camp Verde Jail to the Verde Valley Medical Center for treatment of pre-existing medical conditions.  On April 29, 2019 at 12:20 PM, Ingle was pronounced dead at the Verde Valley Medical Center. The Yavapai County Sheriff’s Office has requested an autopsy be conducted. Cause of death is pending the outcome of the Yavapai County Medical Examiner’s investigation.

Just after 3 AM this morning, YCSO deputies were dispatched to the 8400 block of South Highway 89 in Wilhoit, regarding a disturbance involving 68-year-old Terry Ingle. Reports indicated Ingle shot a dog and then stabbed himself while inside his home. Ingle, who uses a wheelchair, told family members he wanted to die. The family left the home and remained outside except for a roommate, an adult man in his 60’s. A short time later, Ingle lit his wheel chair on fire which apparently spread to a portion of the bedroom.

As the incident unfolded, it was learned that Ingle had shot his roommate and 2 dogs. When deputies arrived, they were able to detain Ingle without incident and confirm Ingle’s roommate had been shot and died. Both dogs were also killed. Local fire crews were on the scene immediately following the arrival of deputies. Ingle admitted to shooting his roommate.

Ingle was transported to Yavapai Regional Medical Center in Prescott, treated and cleared for arrest this morning. He was booked into the Prescott jail holding facility on charges including 1st Degree Homicide, Aggravated Assault with a Deadly Weapon, Arson to Occupied Structure, Criminal Damage and Animal Cruelty. 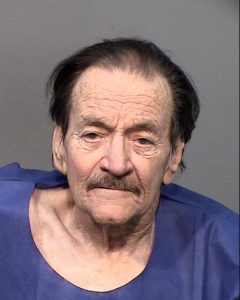 The victim’s name is withheld pending next of kin notification.

Detectives from the Criminal Investigations Bureau were on scene early this morning to begin the homicide investigation which is expected to continue throughout the day. Several firearms have been seized.

Ingle’s booking photo will be sent when it becomes available —