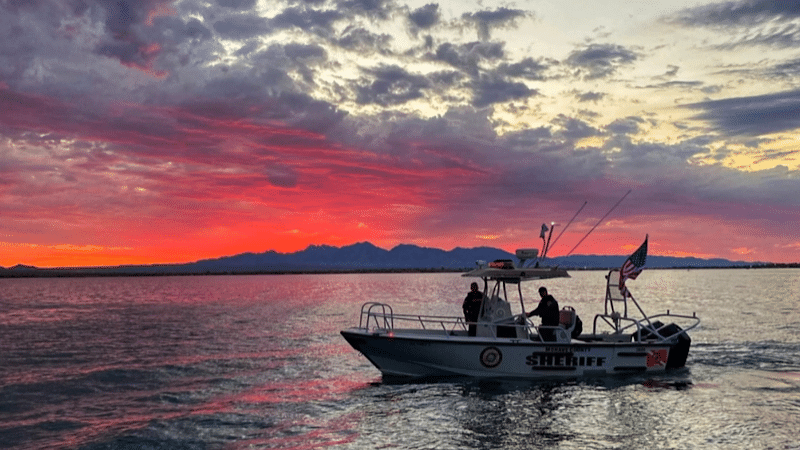 During the Independence Day holiday weekend, the Mohave County Sheriff’s Office Division of Boating Safety saw a large increase in boating traffic and recreation on Lake Havasu and the Colorado River. Overall, there were very few critical incidents investigated by The Sheriff’s Office on the water.

Throughout the weekend, Deputies with the Division of Boating Safety contacted 271 boaters, issued 216 warnings, issued 8 citations, issued 7 criminal citations, and assisted 41 boaters who were in distress for various reasons. Deputies, along with their on board River Medical paramedics, also responded to 5 medical assists along the waterways.

Deputies investigated 2 non-injury boat crashes, and one near drowning. The near drowning occurred on Sunday (7/4) in Thompson Bay at 9:00 PM just as the Lake Havasu Fireworks show began. Several 911 calls were received about a female who was swimming off of a boat near the Nautical Inn, and had drowned, but had been pulled from the water. The female regained consciousness, and was transported to land in good health. She refused further treatment. Alcohol was a factor in this incident.