July 4th Celebration Provides Fun For All Ages In Kingman 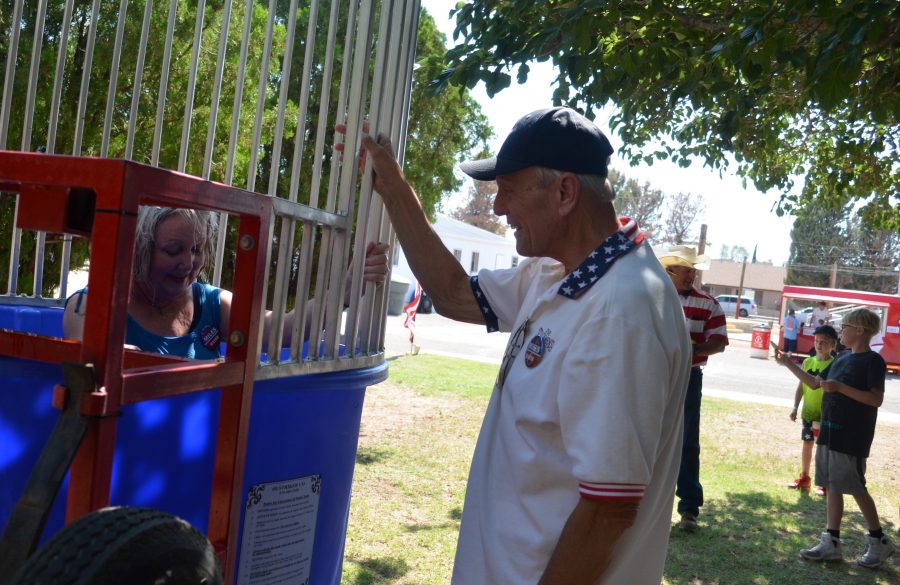 The Mohave County Fair Association hosted the July Fourth Extravaganza, a day’s worth of events at the Mohave County Fairgrounds. For $5 a carload, guests were treated to exhibits, games, food and beverages. Attendees could watch or participate in horseshoe and cornhole tournaments. Kids could hit the inflatable waterslide.

Anyone from age 8 to 80 could try to sink random guests at the dunking booth.

“I got dunked at least 15 times,” she said as she was walking in the hot breeze to dry off.

Inside the exhibit halls, the Chillin’ on Beale Street block party moved indoors for the day to showcase classic cars, Stockton Hill Feed had folks giving kids roping lessons, both the Republican Party of Mohave County and Mohave County Democrats District 1 in Kingman had booths to promote candidates and register voters and local author Jim Hinckley was on hand to distribute plenty of material promoting Kingman.

According to Tim Woods, Mohave County Fair Association general manager, this is the first time in a long time for July 4 activities aside from fireworks at the fairgrounds.

“It’s usually just the fireworks,” he said. “There was really nothing to do in Kingman (during the day). We decided to extend the celebrations.”

Woods estimated about 1,500 people visited the fairgrounds between the day’s events and fireworks. The price of admission was $5 a carload, food and drinks were reasonably priced, entry fees for horseshoe, cornhole tournaments were $5 and watermelon eating contest and fry pan toss were free.

Woods hopes to make the day-long events an annual tradition.

“We want people to have a good time and not spend a lot of money,” he said. 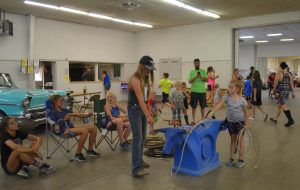