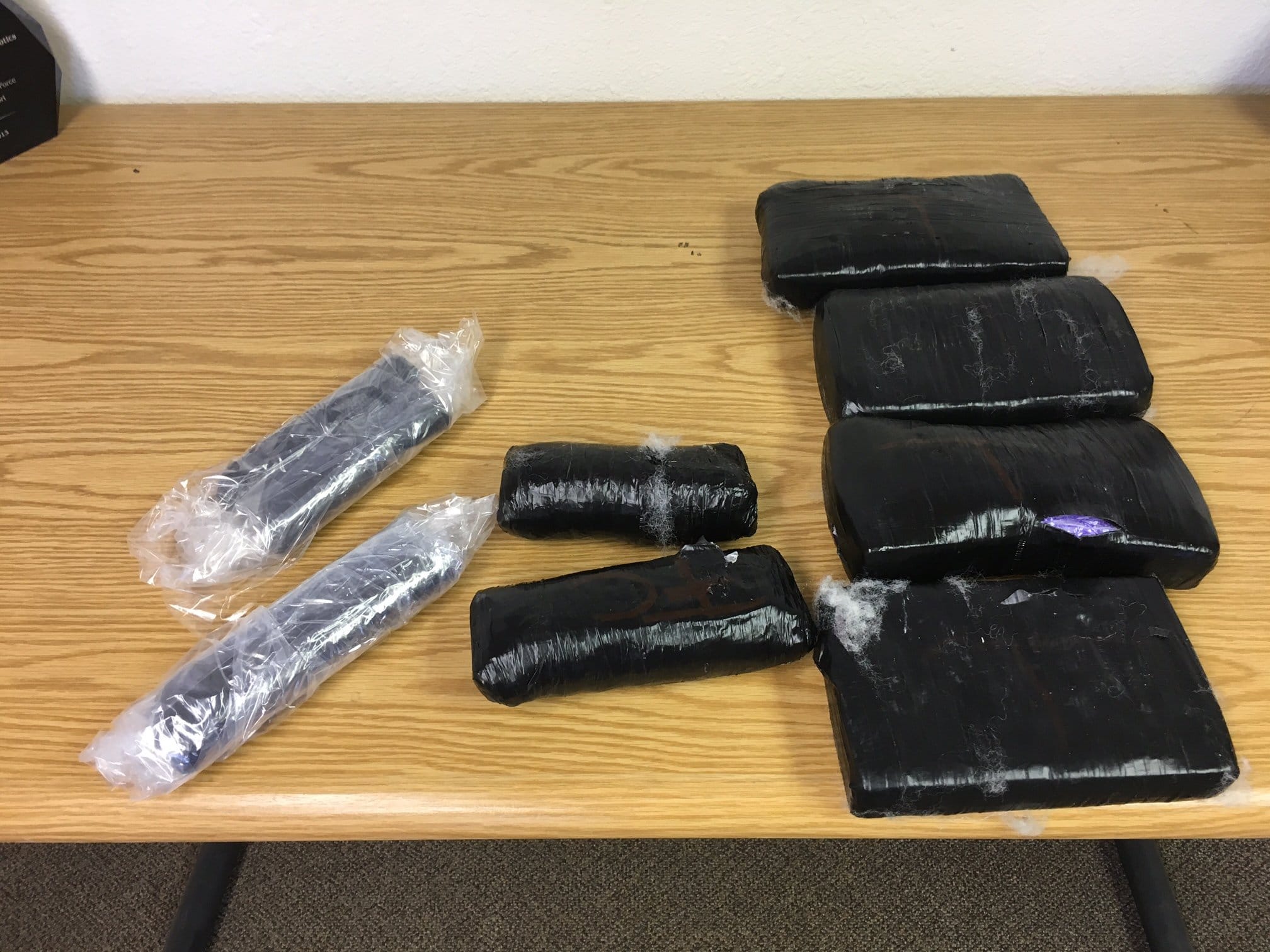 On Monday (6/3), Mohave County Sheriff’s Office Deputies conducted a traffic stop on Interstate 40 at approximately milepost 58 for a traffic violation. The driver of the vehicle was identified as Marco Antonio Diaz, a Mexican citizen. During the traffic stop, an ADOT Enforcement Division K9 responded to the scene to assist. During the stop, the K9 alerted to the presence of the odor of narcotics inside the vehicle. A
thorough search of the vehicle was conducted by deputies on scene, and resulted in locating 9.8 pounds of cocaine, 2.5 pounds of heroin, and 1.3 pounds of packaged counterfeit oxycodone pills, which are suspected of containing fentanyl. Detectives with the Mohave Area General Narcotics Enforcement Team, a HIDTA initiative and ACJC supported taskforce, responded to assist with the investigation. There is a
combined street value of approximately $477,900. Marco Antonio Diaz was booked into the Mohave County Adult Detention Facility for Transportation of Narcotic Drugs for Sale, and Possession of Narcotic Drugs for Sale, both felonies.