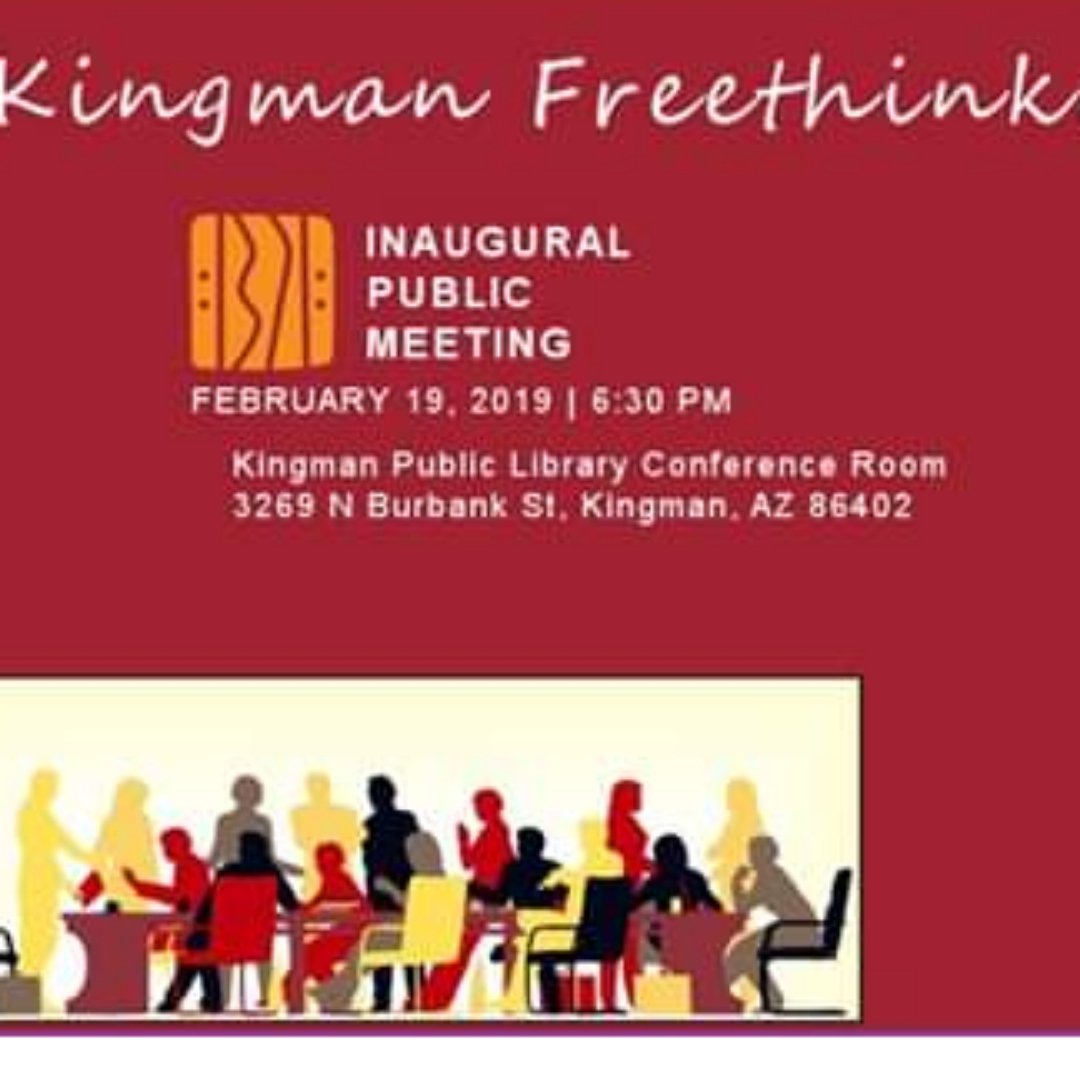 In the course of United States history there have been numerous social movements, including: the American Revolution, Abolitionist movement, Suffrage, Temperance, Labor, Civil Rights, Equal Rights, Environmental, Gay Rights, Me Too. Freethinkers look forward to the day we experience a secular movement. When the nonreligious can stand-up, stand-out and proclaim, without persecution, their life-stance. But in the meantime Please support Kingman Freethinkers.
What is Atheism? “Atheism is one thing: A lack of belief in gods. Atheism is not an affirmative belief that there is no god nor does it answer any other question about what a person believes… Atheism is too often defined incorrectly as a belief system… All atheists are different…. Atheists do not have a common belief system, sacred scripture or atheist leader. Atheists come in many shapes, colors, beliefs, convictions, and backgrounds. We are as unique as our fingerprints.” – American Atheists
What is Humanism? “Humanism encompasses a variety of non-theistic views… while adding the important element of a comprehensive worldview and set of ethical values, values that are grounded in the philosophy of the Enlightenment, informed by scientific knowledge, philosophy, reason and logic and driven by a desire to meet the needs of people in the here and now. Humanism is a progressive philosophy of life that, without theism or other supernatural belief, affirms our ability and responsibility to lead ethical lives of personal fulfillment that aspire to the greater good”. – American Humanist Association
Kingman Freethinkers advocate and defend a nonreligious life-stance rooted in science, naturalistic philosophy, logic, reason, and humanist ethics and to serve and support adherents of that life-stance. We seek to build fellowship & community for like minded individuals. To promote secular education and awareness. We support Science, Reason & Philosophy and champion the rights and beliefs of secular individuals. We are committed to build a house of fellowship in Mohave County to serve our mission in particular and our community in general.
For more Information:
We can be reached at: kingmanfreethinkers@gmail.com
Find us on Facebook at: Facebook.com/KingmanFreethinkers
Help us with a donation to: GoFundMe.com/help-me-start-a-freethinkers-group