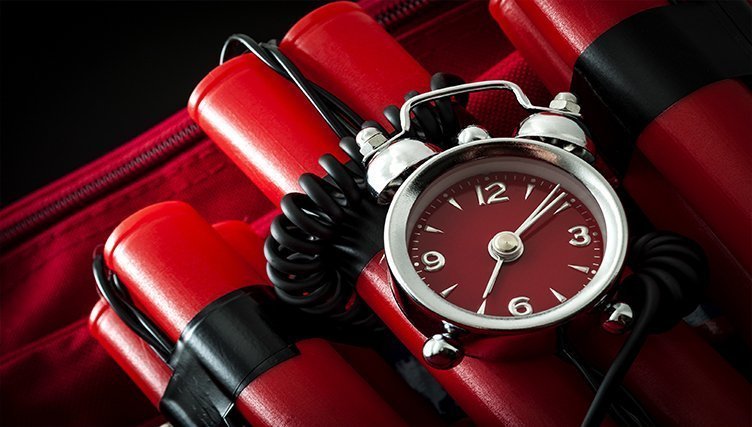 The threat was emailed to a business in the 3300 block of East Andy Devine Avenue around noon, said Kingman Police Deputy Chief Rusty Cooper. The email demanded a large sum of money and if the payment was not received, a device would be detonated.

This is one of several hundred bomb threats happening across the United States. Cooper said at least 18 other states have seen similar hoaxes.

The threats have arrived by email demanding the money be paid in Bitcoin or a device that was planted would explode if payment failed. The emails appear to originate outside the country.

Cooper said the police department will respond to any calls regarding these or other types of threats. However, the decision to evacuate will remain solely on the owner of the business or the person who controls the location.

Kingman Police will assist and ensure the safety of all involved, but urges businesses and employees to keep an eye out in identifying strange or unusual items to help law enforcement and emergency personnel responding to the scene.

The Federal Bureau of Investigation and Homeland Security are investigating the bomb hoax threats.

Cooper said this incident is not related to Tuesday’s bomb threat hoax that was called into Smith’s Food & Drug. That threat was made over the phone and the case remains under investigation.