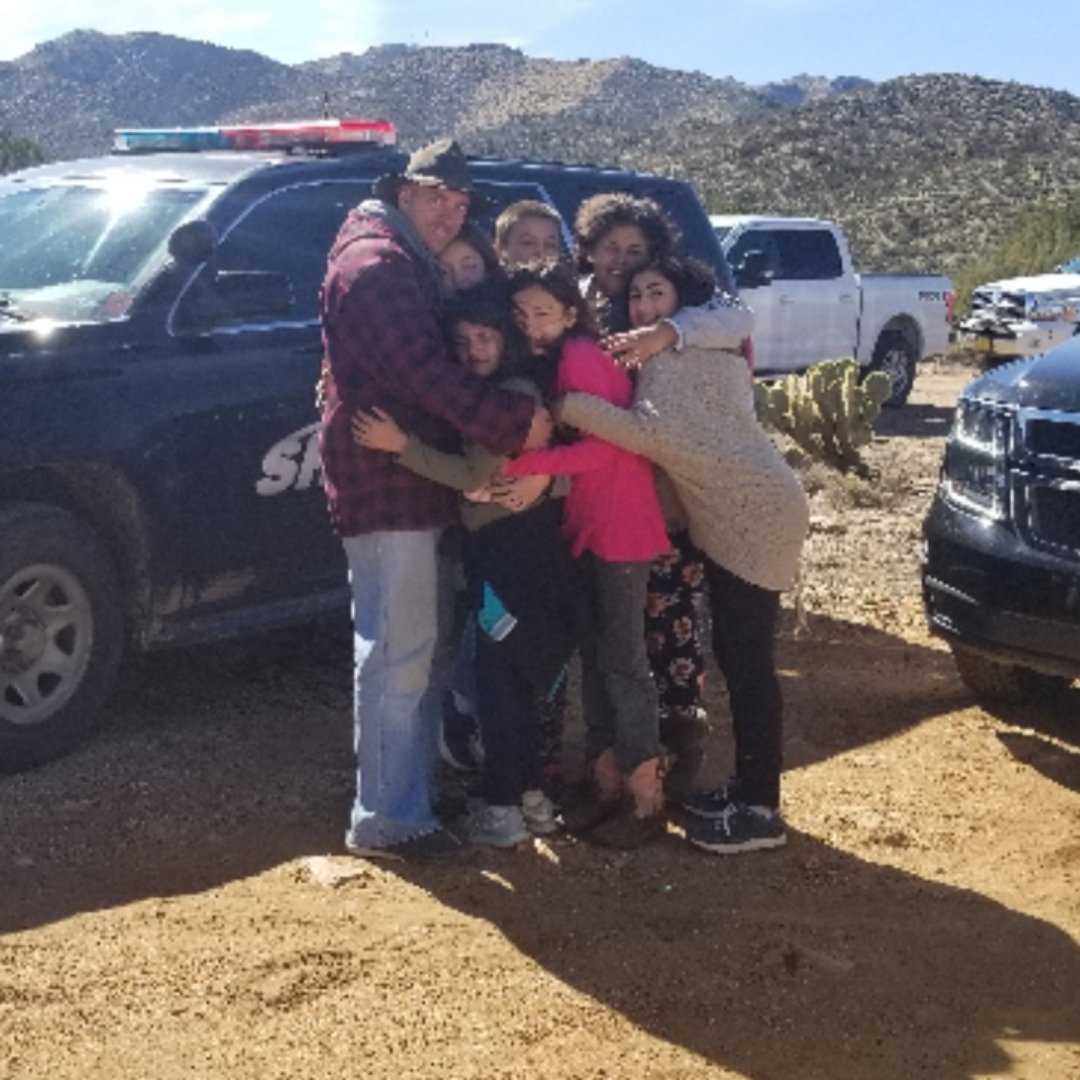 On Friday, March 15 at approximately 12PM, the Mohave County Sheriff’s Office received a call from the family of two children who had wondered off from a camp site near Blake Ranch Road. A 12-year-old male and 11- year-old female were last seen around 11am and could not be located. Deputies and Search and Rescue were activated and responded to the area. A route and location search was initiated, while a tracking team began searching on a set of tracks. About 1:30pm, the family received a call from a resident in the area who indicated the two children had shown up at her home about 2 miles from the campsite. Deputies went to their location and brought them back to the family. After talking with the kids, we learned that they had stayed together, collected some juniper berries, ate a cactus and remembered their family’s cell phone number so they could get help once they found a phone. The children were safe and uninjured.