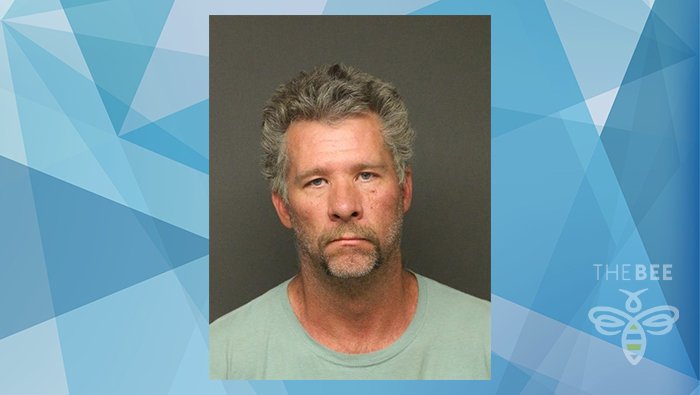 KINGMAN–A local man is facing multiple felony charges after he reportedly kidnapped his 2-year-old daughter from the parking lot of a grocery story on Tuesday.

Kingman Police Deputy Chief Rusty Cooper said police were called on July 3 around 12:30 p.m. for a reported kidnapping in progress at a supermarket parking lot in the 3300 block of Andy Devine. The police department had reportedly received multiple calls regarding this incident.

Witnesses told police that they reportedly saw an adult male grab a little girl, take her to a truck and fled the scene. The driver, later identified as Chamberlain, reportedly struck several other vehicles in the parking lot before fleeing onto East Andy Devine Avenue, said Cooper.

Several officers reportedly located Chamberlain in a grey colored Dodge truck driving in the 2800 block of East Andy Devine Avenue where he was stopped and taken into custody.

Further investigation determined that Chamberlain was the non-custodial father of the toddler girl.

Cooper said Chamberlain reportedly took her from the custody of her grandparents when they were exiting the store. Several bystanders witnessed the incident and attempted to prevent Chamberlain from leaving. In his attempt to leave, Chamberlain is alleged to have intentionally rammed his truck into two other vehicles, causing significant damage to both.

After being taken into custody, said Cooper, Chamberlain reportedly had a medical event that required him to be taken to Kingman Regional Medical Center. He was later admitted for treatment.

On Wednesday, Chamberlain was arrested at Kingman Regional Medical Center and taken to the Mohave County jail.

Chamberlain reportedly told police his intent was to take the girl to Texas.