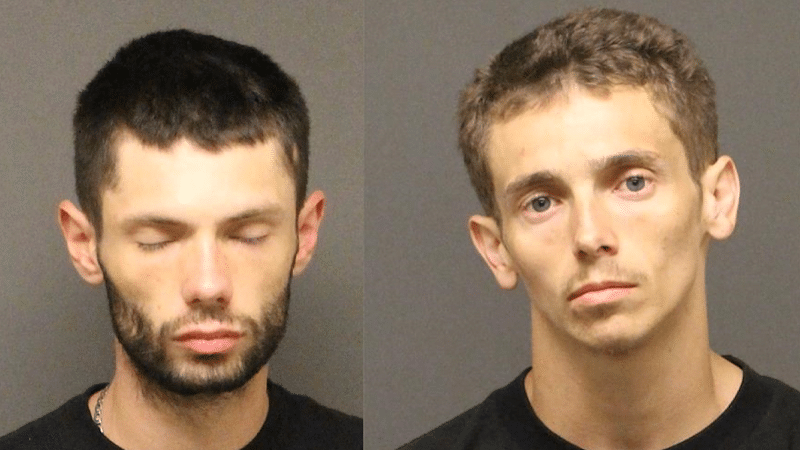 On Thursday (9/16) at 5:51 AM, Mohave County Sheriff’s Office Deputies responded to a construction site in the area of N. Thompson Way and E. Ames Ave. in reference to a delayed burglary. The investigation revealed that unknown suspects had cut through a chain link fence and made entry into a construction storage site.

Devin Troy Legrand, 23 of Kingman, and Jason Ray Watkins, 26 of Kingman, were arrested and transported to the Mohave County Adult Detention Facility where they were booked for 3rd Degree Burglary and Theft, both felonies.