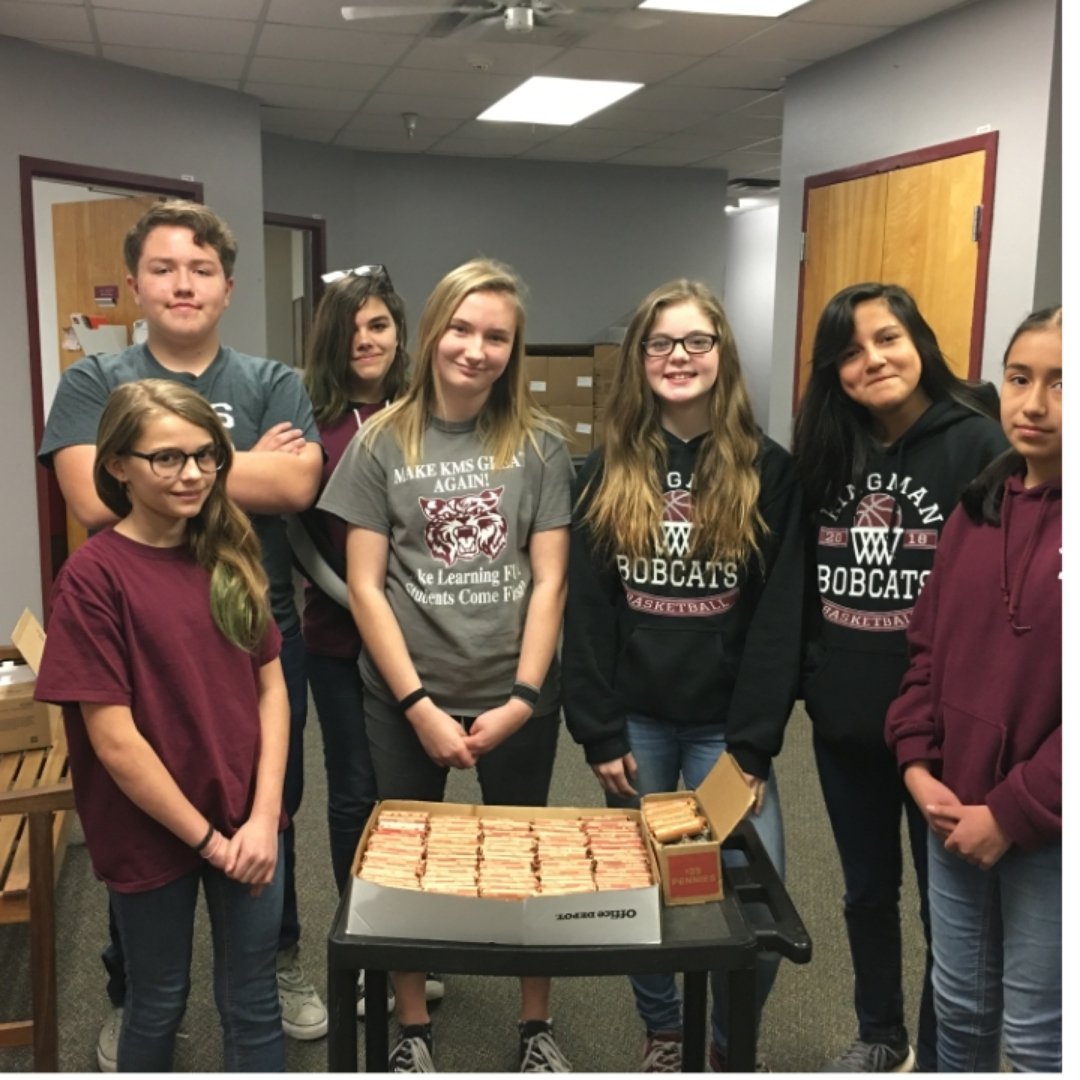 PENNIES 2
One load of pet food and other supplies delivered to Western Arizona Humane Society courtesy of Kingman Middle School students efforts to help the community.

KINGMAN – A deep reach into a pocket, change drawer, car soda holder or between the seats can help the local animal shelter.

The Kingman Middle School National Junior Honor Society kicked off 2019 with a mission to raise funds for the Western Arizona Humane Society and that war was won with pennies.

“Animals don’t really have a voice, so we took it on ourselves help,” said Kingman Middle School Assistant Principal Lisa Nikodym.

The kids started their first period classes by having the option to drop a few coins in a jar. Pennies gained positive points while dimes, nickels, quarters, and dollar bills for negative points. That doesn’t mean the silver money was no good.

“Were not trying to break the bank,” Nikodym said. “The idea was to rake in pennies. We know their parents don’t have cash and that kids are always shaking them down for change.”

KMS NJHS Advisor Wallis Alexander led the effort. His wife is an animal lover who’s fostered puppies from WAHS and the couple decided to help the overworked shelter.

“NJHS is a service organization and we’re a new chapter trying to get our name out,” Wallis said. “The blankets were coming in in droves. Even the teachers were into it.”

Nikodym added a twist to the competition.

The students got a copy of supplies the shelter needed (blankets, food and cat litter) and placed a point value on the items. The kids could choose to bring money or supplies and the classes competed for points.

The official ‘Penny War’ lasted January 14 – 30 and raked in about $400 dollars in cash and at least one car load of supplies during the first week of the contest.

“While we were there, we asked the shelter if they had any one item they needed,” Nikodym said. “They told me blankets were in high demand.”

If students couldn’t scrounge up coins, blankets were worth 2,000 points ($20 in pennies). By the following Monday (Jan. 21), about 140 blankets had been donated.

“We delivered the blankets and again decided to do one more boost,” Nikodym said. “We asked about any other things they really needed and they said kitty litter.”

The last push was to accumulate as much cat litter as possible and anyone who some in would receive 5,000 points ($50 in pennies) per bag. One teacher collected more than 45 bags. By the end of the contest Jan. 30, Nikodym stuffed her Ford Escape with two full loa 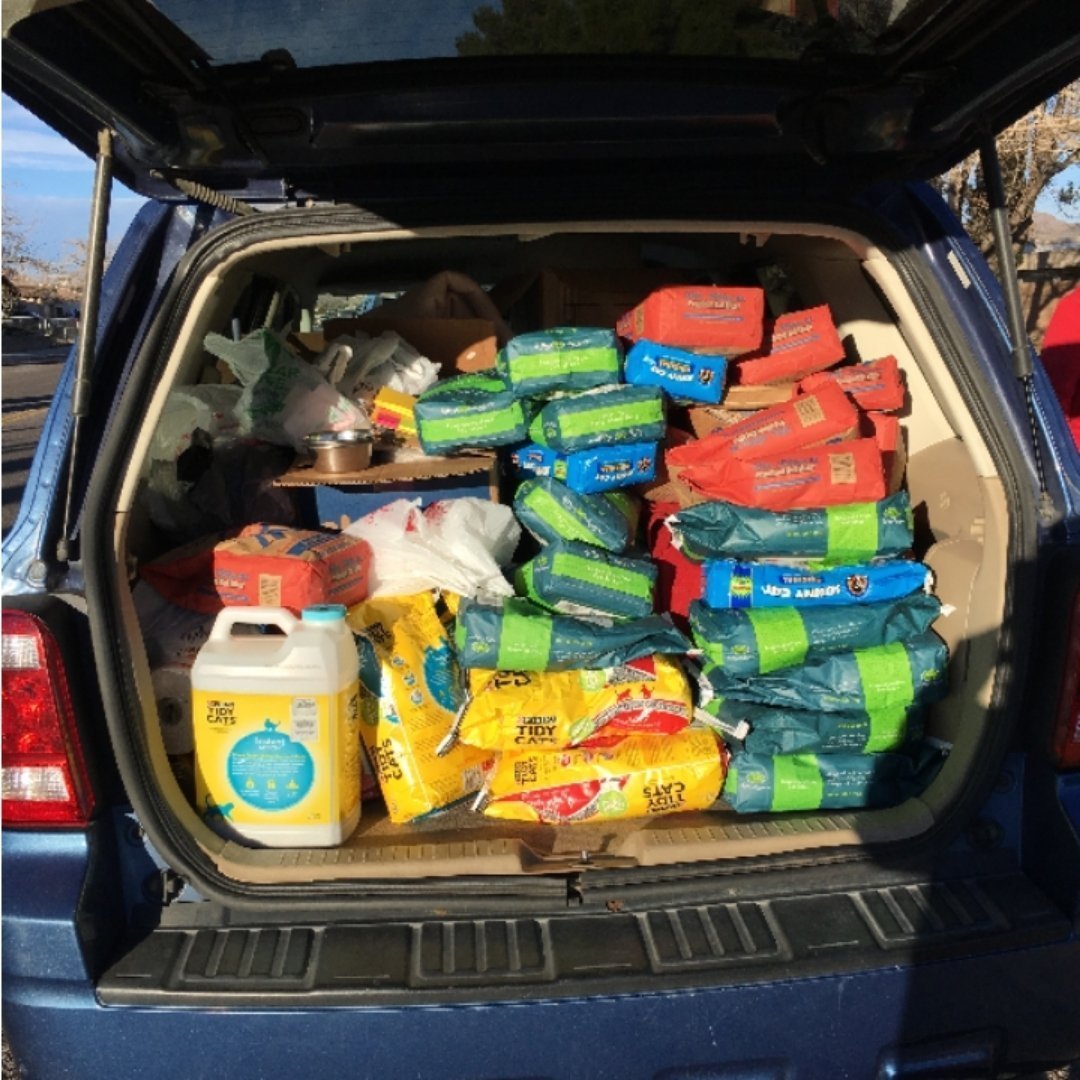 “If I had to hit my brakes, I could’ve been knocked unconscious by kitty litter,” she said while describing how she’s still cleaning grains of cat litter out of the SUV.

The students were still delivering supplies and counting coins Thursday.

Here’s what the efforts produced:

“The kids really came together and made this happen,” Alexander said. “I’m proud to work at a school where the kids can come together for a need the community has.”

WAHS Operations Manager Nicole Mantiameli is extremely grateful, especially during the last few chilly winter days.
“We’re over capacity and the blankets come in handy when it’s cold out,” she said.
She almost had to collect her thoughts after the donations rolled in.
“What a dedicated and incredible group of kids and adults,” Mantiameli said. “They went off the rails and pushed it. It was a big surprise. “
Similar charitable projects are in the works.
Nikodym is looking to include the entire community, be it other schools or local businesses, to join in.
“It would be a competition, which leads to more competition,” she said.