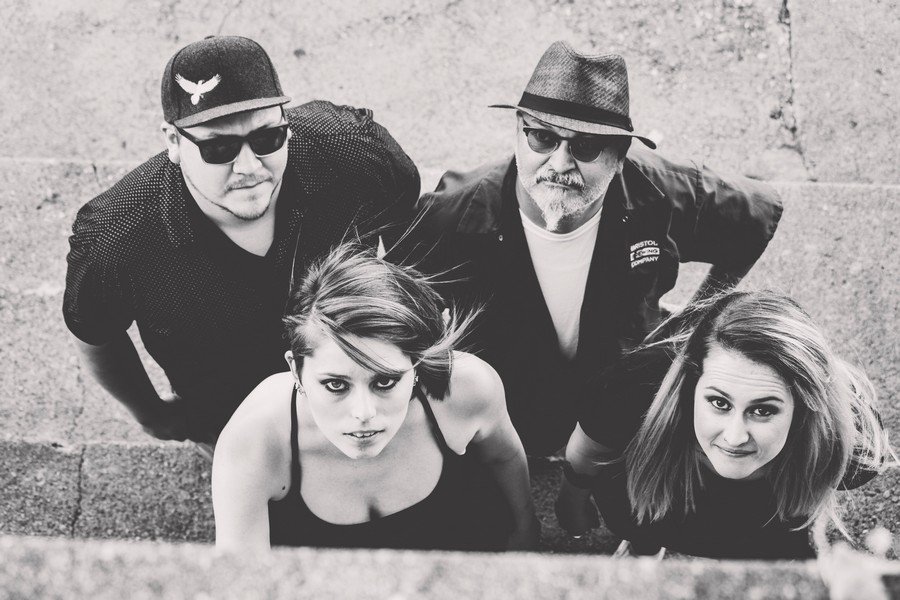 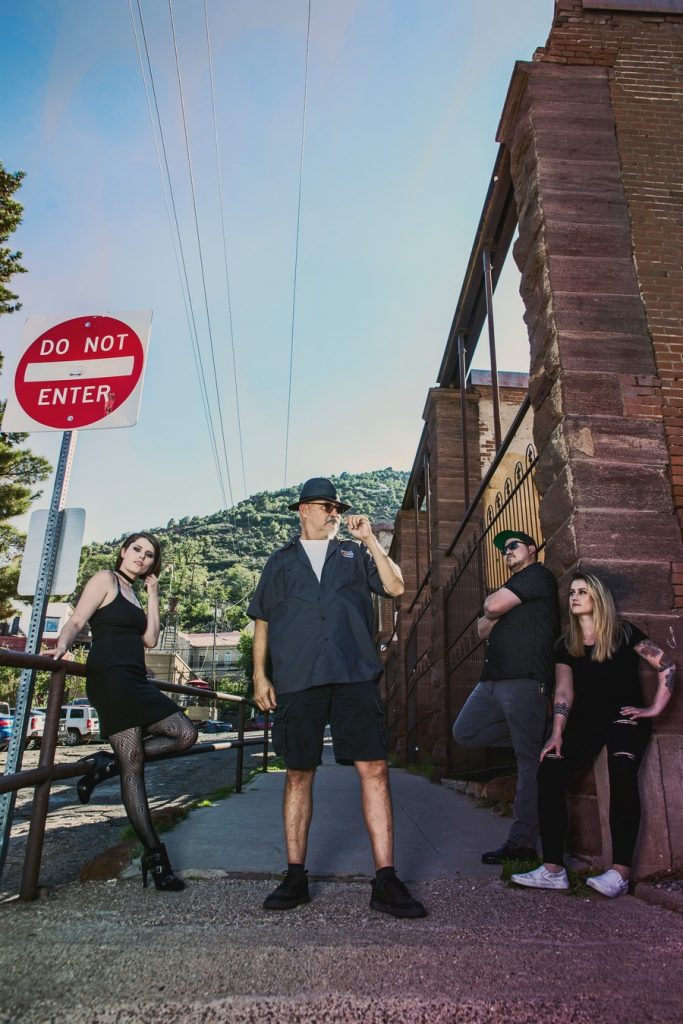 What’s going on with the Kingman music scene? A whole bunch is going on… There’s live music everywhere these days.

it every now and then.

Hats off to both the local merchants and artist for working so hard to keep the live music scene vibrant and thriving in the 928.
Whether on a dinner cruise at the Aquarius in Laughlin or Stetson’s Winery on Sundays~ you might catch the cool honky-tonk/rockabilly sounds of Robert Garland and his bands; Lonesome Dick and Lonesome Train.
Tim and Jeramy at Black Bridge Brewery, keep it rockin… The Rivals, The Swillers or Soundhole, maybe the new duet of Tosha & David and many others play regular gigs at the brewery. Get connected to Black Bridge Brewery’s Facebook page. The beer and cocktails are pretty damn good too!
Here’s just a few of the regulars at Diana’s Cellar Door Wine Bar; Black Lemon (I have more to tell you about BL later), Paired Down, Allen & Trish will take you on a classic rock-n-roll trip you won’t want to get off of. Same with; The Druthers, Good Heart, El Jefe, solo artist, Aaron Birchfield. And, if you haven’t heard, The Gateway Band, you better get connected on Diana’s Facebook page. 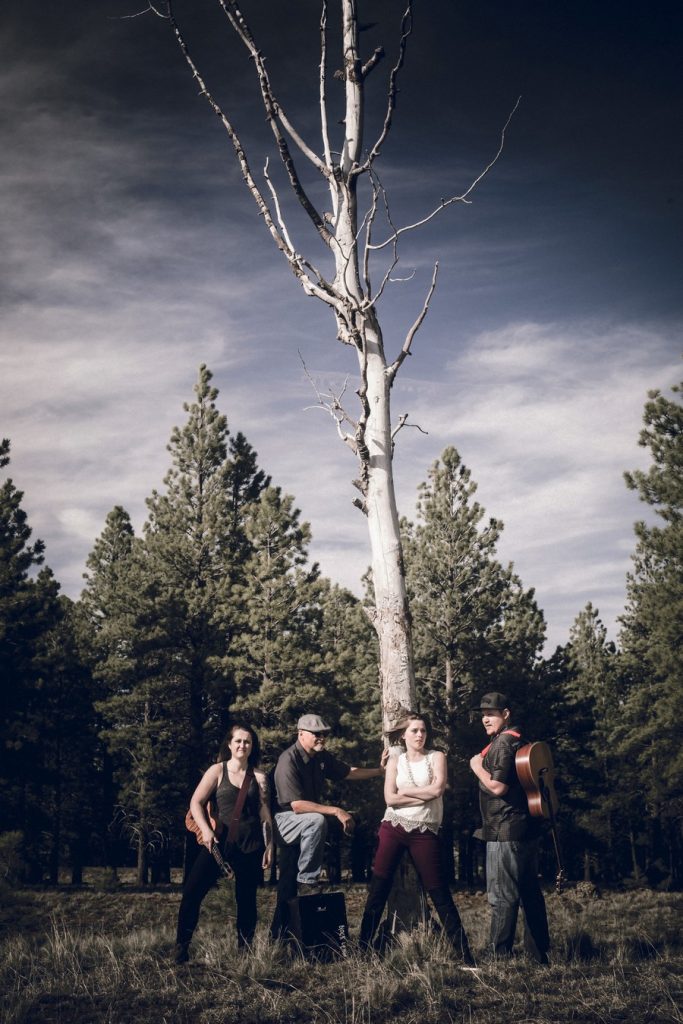 Diana isn’t just providing a place for local artist to play gigs either. She’s kept open-mic night going for quite some time now. “In the past few months we’ve seen a huge influx of new talent as well as long time local artist trying out their new stuff. One thing that’s really exciting to see is when different artist start jamming together. The energy’s amazing! Some of these cats are even practicing together forming new bands,” Diana tells, THE BEE. Thanks Brad for running open-mic night every other Monday night. I can’t leave out Jeremiah Green, spinning the vinyl on the other Monday nights. If you haven’t been yet, bring a few records and check it out.
All these bands are crazy good. My apology to any band or solo artist I wasn’t able to mention, they’re so many of you. Keep on rockin!
The whole purpose of me writing this article was to simply boast and to brag about one local band that many of you’ve heard of, Black Lemon. If you haven’t heard of them, you will soon. It’s not quite that simple, though. I felt it was important to acknowledge everyone above because the local live music scene is made up of everyone. The fine establishments that host the artist, the hard working artist and hard working people like you and me; the listeners, the audience. That’s right, hats off to us. Without us they would be nothing, right? JK. All K aside, I know that everyone mentioned above is really grateful for all the support and patronage that we give. It truly works because everyone’s participation.
Now then… Here’s what I have to say about, BL.

Ladies and Gentlemen, Please welcome to the stage~ Black Lemon. The crowd roars… Get use to hearing that! Although now considered a Flagstaff band, they got their start right here in Kingman. Founding members of the band, Roberto and Destiny Diaz, both winners of Northern Arizona’s Got Talent, played their first gig at Diana’s Cellar Door Wine Bar.

Roberto recently sat down with THE BEE to answer a few questions;
Q: So how long has Black Lemon been playing together?
A: Destiny and I have been playing music together for about nine years or so.
Q: Has there always been four members to the band?
A: No. The first few years it was just Destiny and I.
Q: She has an amazing voice. How did you guys meet?
A: Thank you! I agree! My Uncle, Cardo Diaz, a Kingman local, was her vocal coach and managed a quartet she was in. He had me accompany the group on guitar, and we kind of branched off on our own from there.
Q: That’s cool. Your dad, Ray, is the bands percussionist, right?
A: Yeah. He’s an awesome multi-instrumentalist, and he’s the main reasonI ever had an interest in becoming a musician. We are so lucky to have him playing cajon with us.
Q: Where did you find your bass player, Karly?
A: Yeah, Karly Gilbert. We didn’t really find her, to be honest, she found us!.
Q: That’s funny.
A: Haha yeah, we didn’t know what to think, so we jammed with her one time, and there was immediate chemistry, and she’s been with us ever since.
Q: Is your Uncle Cardo a musician also?
A: Yeas, and we play together occasionally in a Kingman-based band, The Rivals.
Q: Sounds like you come from a musical family. Anyone else?
A: Oh yeah, my Grandparents. My sister, Danielle, is a vocalist in U.S. Air Force Academy Band. We all just love music. It’s such a big part of our life!
Q: Wow. That’s impressive. Tell me about your up coming album.
A: Well, we hit the studio in mid-March, worked our butts off for five days, and were able to record a full double LP. It’s going to be available on CD as well as Vinyl. It’s called “Altitude,” based on the title track about our hometown and home-base, Flagstaff Arizona. There are twelve original songs, written by myself, Destiny, and Karly. All four band members had a hand in arranging them. I’m really proud of everyone involved. I think it turned out great. We’ll probably have the vinyl in hand by August, we already have the CD’s.
Q: Yeah, I listened to it. After listening to it a couple of times, I found myself singing along. The entire CD, it’s very good. I could hear many of those songs on the radio.
A: Thank you very much!
Q: You’re welcome. You guys seem to be picking up momentum as a band. Why do you think that is? What’s changed?
A: We love what we do. Simple as that. We work really hard at our craft, we want to do this full-time. …What’s different. We hired a manager. He got us in the studio and was instrumental in getting our vinyl pressed right away. He’s got us doing some much bigger gigs in Cali later in the year. The band is pushing hard to turn that corner, ya know?
Q: From what I can hear~ you are well on your way Black Lemon.
A: It’s great to hear you say that.
Q: The big question is; where’s BL in there years?
A: …In three years? I think it’s very possible we have a second album and are out touring in support of it, maybe the RedRock in Colorado? Who knows, I like to think the sky is the limit.
Q: I agree, the sky is the limit. You guys have a great fresh sound. It’s contemporary, people will connect to your lyrics and the beat. That first song, “Love You More,” such a beautiful instrumental.
A: Thank you, I wrote that song in memory of my Great Grandma, Julia. And thank you for taking the time to talk with me about Black Lemon.
Q: You’re welcome, Roberto. I hope, when you guys become famous, you’ll come back and talk again with us?
A: Of course, any time. Thanks again, man.
There you have it folks. The City of Kingman is bringing it to ya! Go out there and support it. Be a part of it! Watch out for Black Lemon’s vinyl release party sometime in August. It’s gunna be a street party, oh yeah! Get connected to Black Lemon on Facebook . 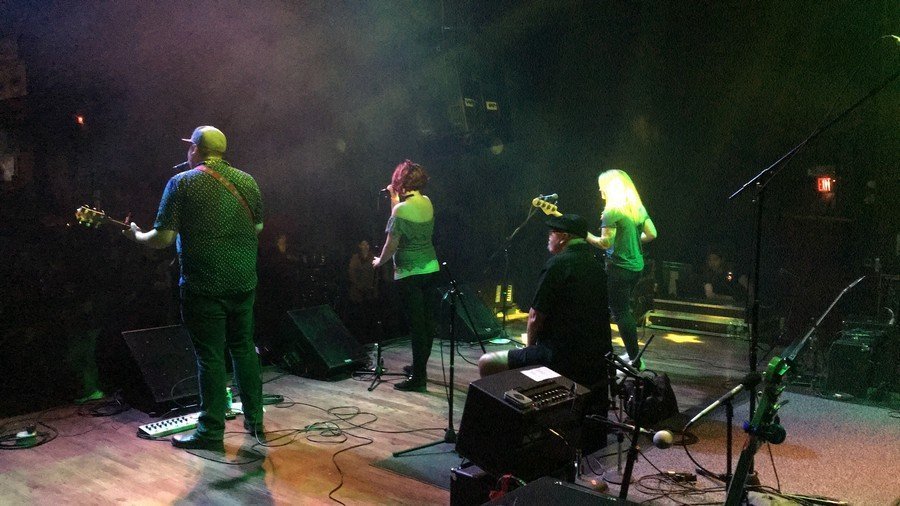