–Kingman Police and Fire Department Appreciation Event at DIG it– 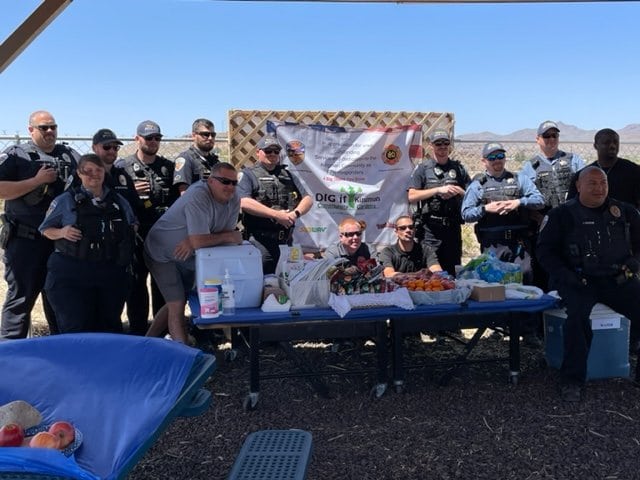 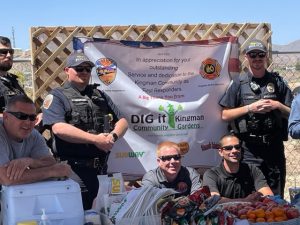 On a sunny but windy day in April 2022 DIG it Kingman Community Gardens held a Kingman Police and Fire Department appreciation event at the garden. Many police officers and several firefighters were honored for their dedicated service to the Kingman community. Deputy Chief Joel Freed from the Police Department and Mr. Oscar Lopez from the Fire department had earlier met with Ron Tanner and Nancy Crisler from the garden Steering Committee to plan and coordinate the event. The firefighters and police officers were treated to sandwiches and cookies, thanks to a generous donation from Subway, chips, and water.
Kids from the Prenda Micro school, supervised by Cathy Normoyle, who leases a garden bed at DIG it, formed a reception line at the entrance to the garden. They applauded and cheered as the police officers and fighters entered the garden. Later the kids were given a tour of the fire truck courtesy of the firefighters. 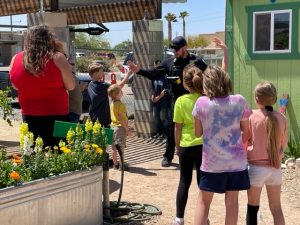 The firefighters and police officers and staff toured the garden as they entered and later sat down to eat. Tanner gave a welcome and thank you for the tremendous service that the Fire Department and Police officers provide for the community. Mike Roundy, Garden Manager, met with several police officers and firefighters to explain to them the workings of the garden and to show how the gardening community greatly appreciates all that they do.
A special thanks to Denise Neath, who was a primary driver of this event, Andrea Penn, who does a tremendous job with the kids gardening program at the garden, Kathy Cooper, and Bobbi Benton for their work in helping with this event. Also thanks to Cracker Barrel Restaurant for their support and donation. — 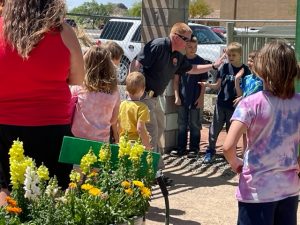 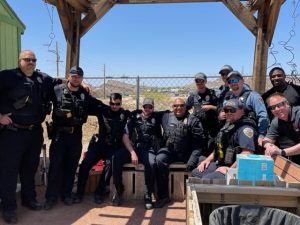 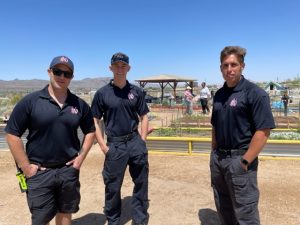 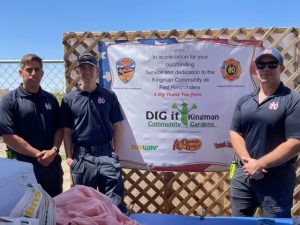 ← Prev: Ribbon Cutting for new Basketball Court at Ken Fovargue Park - Friday Next: MCC board member leaving to spend more time with family during retirement, two board positions will be on November ballot →